In some countries, turning 16 comes with a special birthday party, gifts and a newfound sense of maturity. For Joao, being 16 years old in Timor Leste means celebrating his academic success, receiving nourishing meals and finding hope for the future.

Maliana, a city located in Southeastern Asia, is where Joao lives and attends school. His homeland is Timor Leste, an island country with a little over 1.3 million people. According to the United Nations, most of its cities are filled with residents who are primarily dependent on rice and maize farming. With agriculture being a mainstay of the economy, most people farm and create handmade products to make a living. 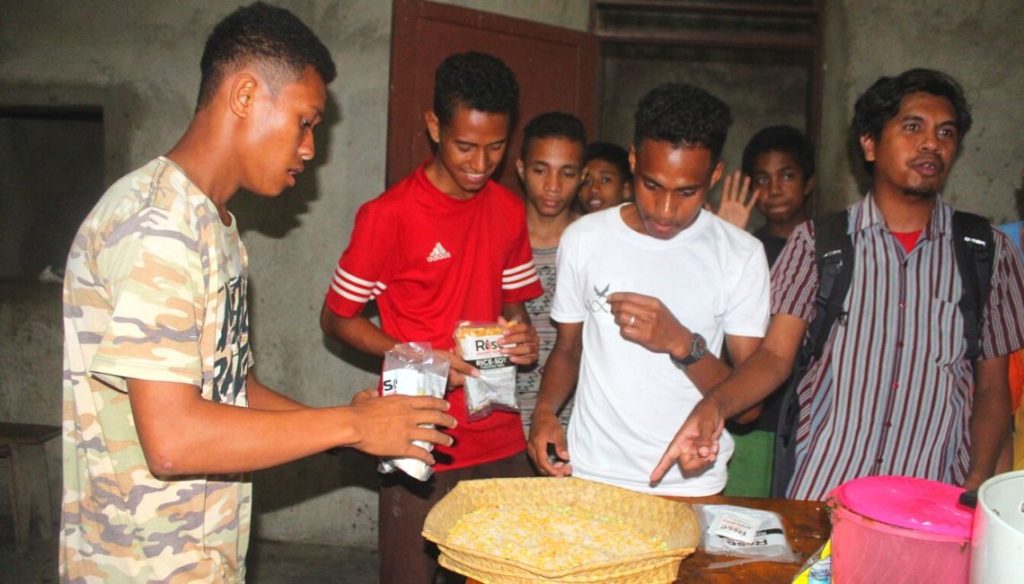 At only 16 years old, Joao studies at the Don Bosco Technical School. Though he works hard and strives to be an excellent student, he hasn’t had enough energy to pay attention in class. Along with dealing with financial issues at home, ongoing political tensions in the country also affected Joao not being able to eat at school due to a lack of government funding. Because of this issue, partner Salesian Missions stepped in and began distributing Rise Against Hunger meals through a program at the school.

“Me and my friends couldn’t study well because government money for food came very late, so this year, we are very grateful for the Rise Against Hunger food program at school. The support really came at the right time when we needed it most,” Joao said. 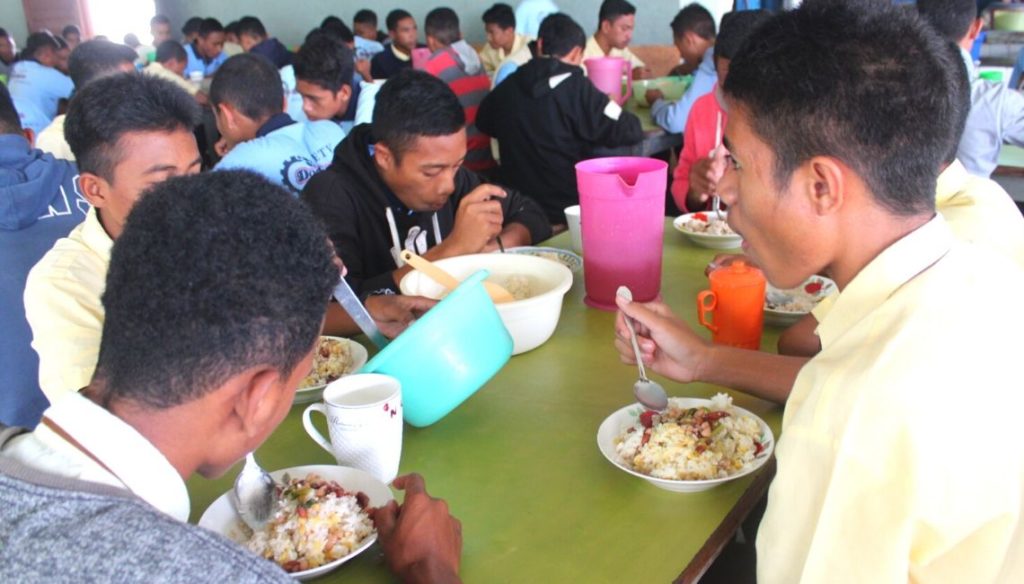 Consistently ranked as one of the most impoverished countries in the world, Timor Leste’s communities of people suffering from hunger are a result of the government’s fight for independence. With over 40 percent of the population below the poverty line, the majority of the people are facing a lack of basic necessities every day. To alleviate poverty in the country, the World Factbook states that the Poverty Reduction Unit of the United Nations is developing social security and school feeding programs to strengthen the economy, provide affordable products and assist in ending hunger altogether.

As a collaboration with these programs and the Salesian Missions, the Don Bosco Foundation was created in Timor Leste to support the lives of the impoverished by providing them with enough food to eat, proper nutrients to have the energy to study and to work hard for a better future. 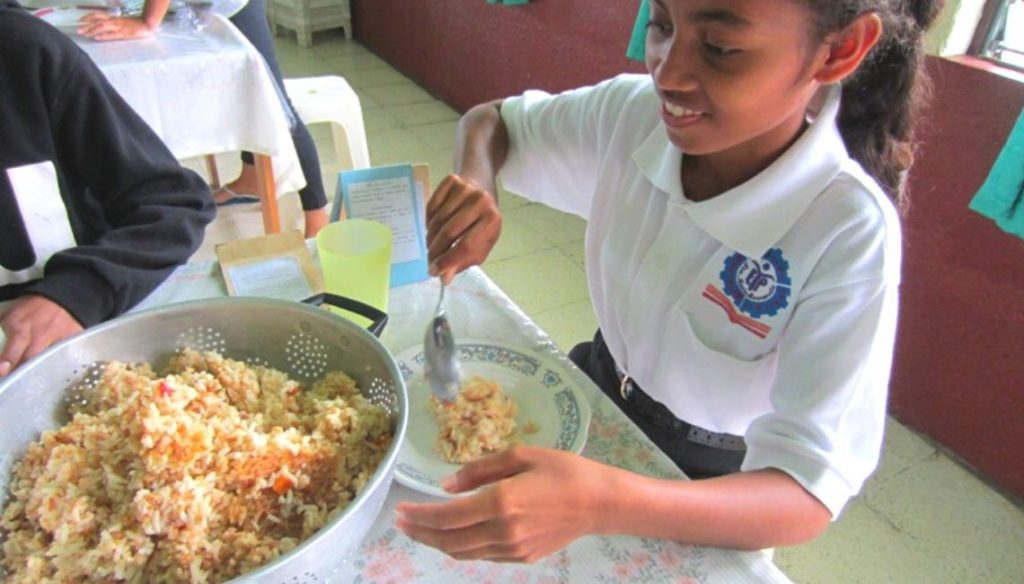 Fr. Gui, the provincial economist at the foundation, has the role of overseeing various projects and finalizing reports for the hunger reduction program. With the challenge of overcoming the geographical distance between the office and the school, his hope is to now continue to help people in his country by expanding the program.

Rice and maize are the most readily available foods in Timor Leste, which do not provide all of the nutrients necessary for people to thrive. Headmaster of the school, Bro Marcel, worked with Don Bosco Foundation to create a program that would help the students receive nutritious meals on a daily basis. 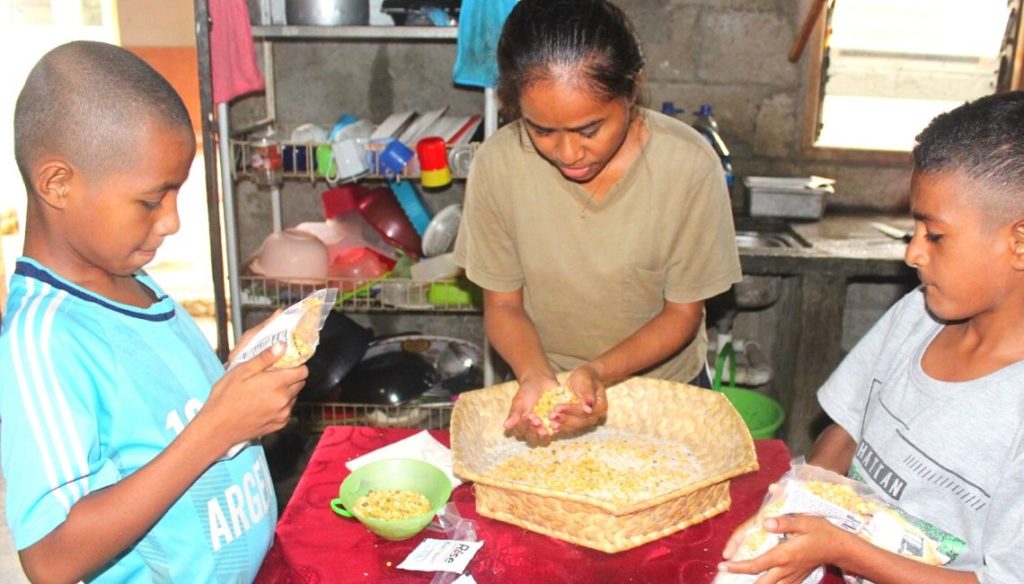 Joao says, “The food is also very healthy in terms of quality of the ingredients. I feel energized and strong after eating these meals.”

Now having the energy to focus, Joao is an exceptional student and plans to graduate with a bright future ahead. Being very grateful for his achievements, he is very happy to be able to attend school for free, as his family previously struggled to cover his school fees.

With the determination to make his family proud, Joao continues to strive to make education a top priority and is one step closer to success, and knows that his future is dependent on his own sense of hope.

What if we all came together to create change for more people like Joao? If your contribution could make a difference and touch the lives of an entire community, how inspired would you feel? Share your compassion to help someone in need by donating today, getting involved or signing up for a Rise Against Hunger Experience.