Dang Thi Lang, age 49, lives in the Hai Chau district, the administrative, economic, cultural, political and education center of Da Nang City, Vietnam. Orphaned at a young age, she became a cloth salesgirl at age 13 and then did several different jobs to earn a living until she got married at age 30. When her husband left after the birth of their first child, Ms. Lang says she filled the roles of both mother and father.

For the past 19 years, she has worked various jobs in the hopes of giving her daughter a better life, from selling coffee, to serving in a vegetarian restaurant and working as a house cleaner. Ms. Lang now runs a sidewalk coffee stall every day. 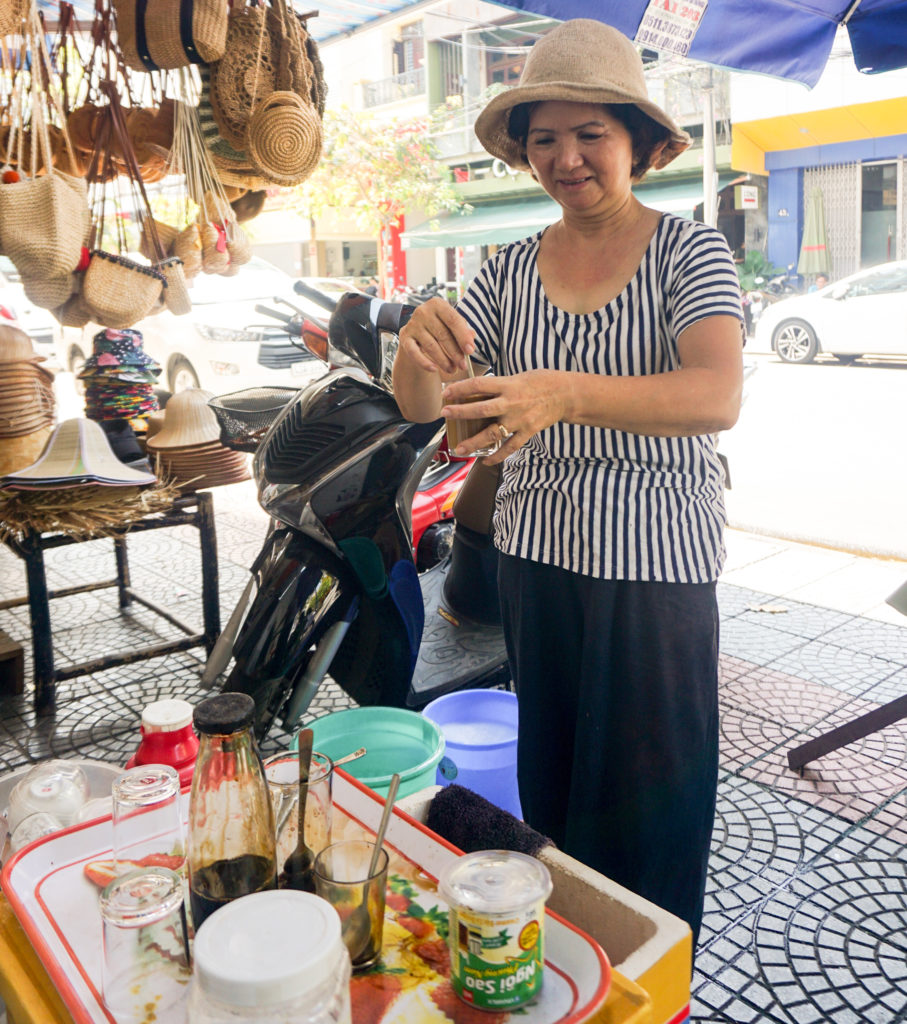 The number of customers fluctuates seasonally, with the dry season being much busier than the rainy season. She normally closes the stall in the early afternoon, but during the rainy season, she frequently has to close the shop early due to a lack of customers. When that happens and she doesn’t sell out of her coffee, she says “I drink my coffee instead of eating a meal.” Once her stall closes, she goes home to rest for an hour before leaving to work as a housekeeper and babysitter until 7 p.m.

Ms. Lang made great strides after she enrolled in the Empowerment through Enterprise program, a joint initiative launched in 2017 by Rise Against Hunger and partner Children of Vietnam. The program focuses on improving economic stability for single mothers in the region and providing capital for endeavors to subsequently boost their income. Mrs. Lang uses the grant to buy more products for her coffee stall. She also receives training on how to calculate revenues and expenditures, which has enabled her to be able to save more of her income. 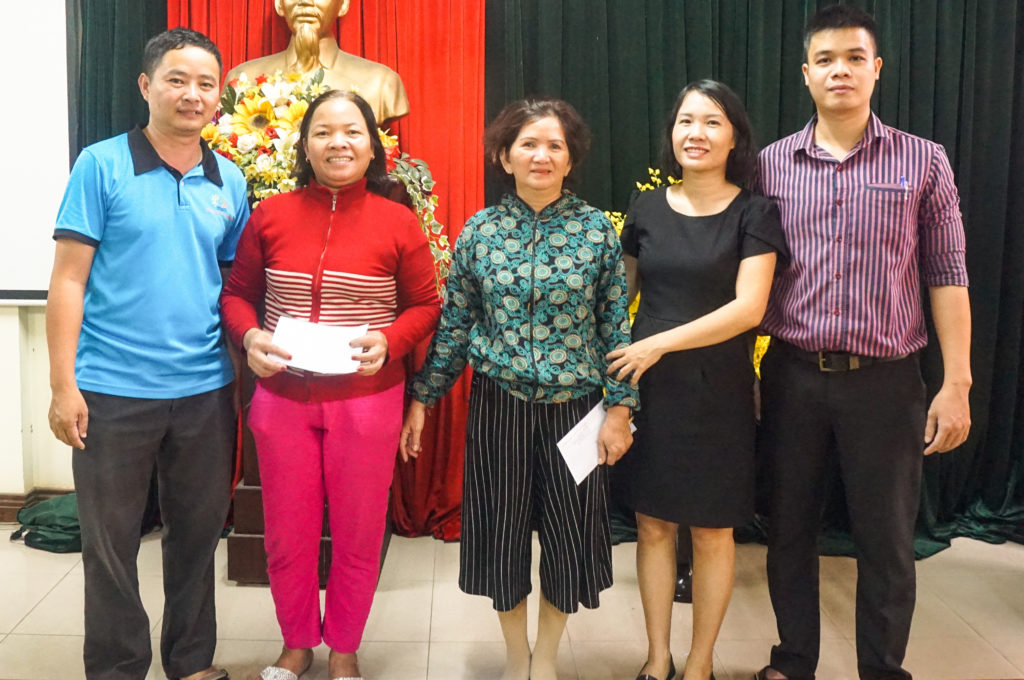 Additionally, the program offers nutrition training to learn about food hygiene and safety. Ms. Lang uses what she’s learned to always keep the coffee at her stall hygienic. She also receives a nutritious Rise Against Hunger meal at the end of the training sessions.

Beyond the practical training Ms. Lang has received, she says the program has helped her on an emotional level, too. She says it makes her feel that single women like her have not been abandoned, which makes her mind and soul more peaceful.

Since her daughter’s birth, Ms. Lang has been committed to giving her daughter a good education. In 2018, her daughter passed the entrance exam for the University of Economics’ School of Tourism program. To help fund her studies, she received a scholarship from Children of Vietnam. 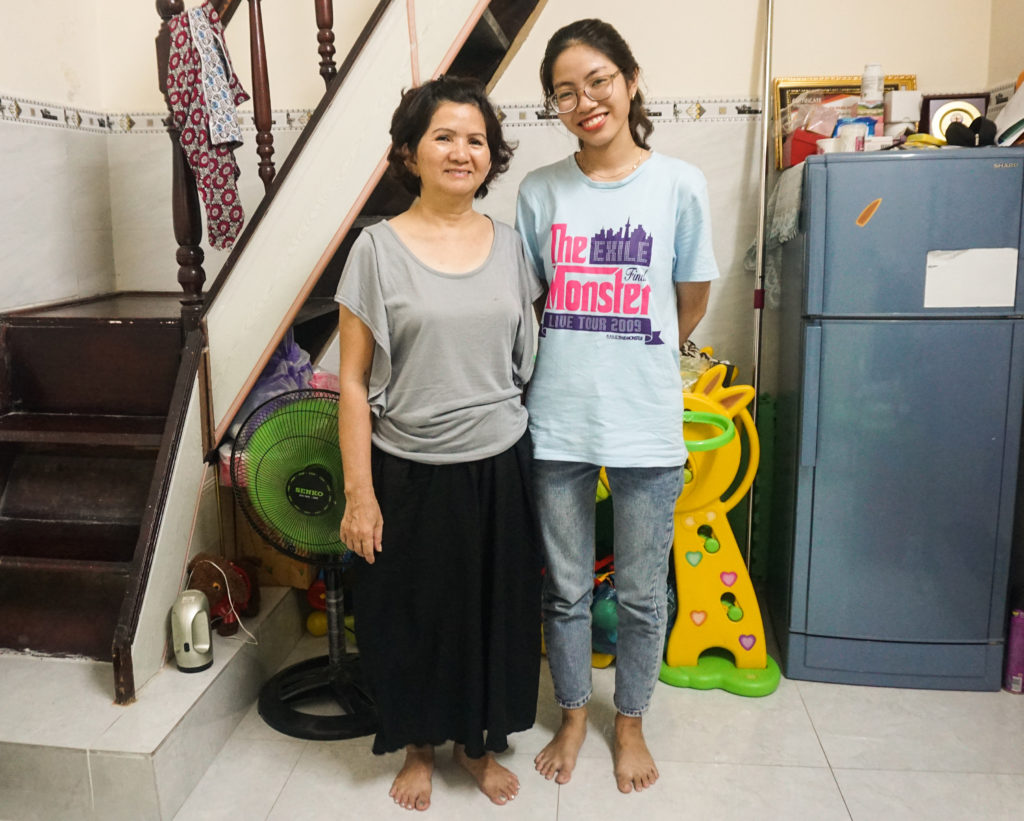 Ms. Lang is incredibly proud of her daughter for her diligence and academic drive. She says, “It is amazing all that she is now also a student in the University of Economics. Hopeful for the day my daughter finishes her education and then my family will have a better future.”

Rise Against Hunger provides nutritious meals and establishes agriculture and income-generating initiatives to support people in need on their journey out of hunger and poverty. To help empower women like Ms. Lang, as well as communities around the world, donate today!