In the Quang Ngai province of Vietnam lives a 4-year-old boy named H’Nhi who finds happiness at school despite the daily challenges his family faces including dangerous road conditions and malnourishment.

Though residents in the community rely on the agro-forestry industry to earn income, this type of work does not provide a stable income. Born to a hunter and farmer, H’Nhi’s father spends his days working to feed his family. On his way to work each day, he drops H’Nhi off at school at the Song Rin Kindergarten in the Son Ha District.

With the help of a nearby kindergarten school, parents are able to prepare food for children to bring to school each day. Every month, parents are provided with government funds to purchase food for their child through the Quang Ngai Fund for Children, which is supported by individuals and organizations, including Children of Vietnam. This office has become a bridge between donors and vulnerable children.

Ms. Trang, a staff member of Quang Ngai Fund for Children, shares, “Thanks to the Rise Against Hunger meals distributed by Children of Vietnam every year, these children have enough food. This also encourages them to go to school regularly.”

H’Nhi finds happiness in playing with other students at school and having enough energy to do so. 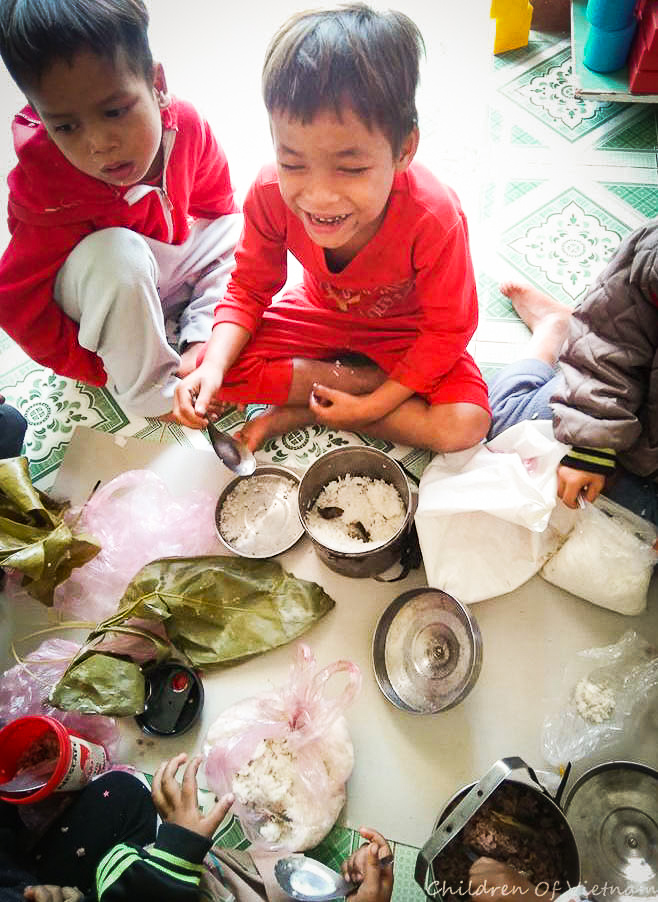 “I like going to school because I have a lot of friends to play with,” H’Nhi said.

As H’Nhi continues to use his smile to brighten the lives of those around him, schools like the Song Rin Kindergarten still need assistance to create bright futures. To make a difference today, donate now!