On World Refugee Day, Hope Starts with a Meal

Nothing exemplifies human fragility as mass movement; being uprooted from your home and thrusted into the raw reality of the unknown as one seeks safety and security. This World Refugee Day, more than 26 million refugees and 41 million internally displaced persons live in this state of unknown and uncertainty, a shocking reality brought upon by climate change, war, conflict or a combination of these factors.

Unlike other refugee crises, the Western Hemisphere’s largest mass movement of people is not caused by conflict or war. Since 2013 Venezuela has been in the midst of a severe political and economic crisis resulting in high unemployment and challenges accessing food and basic necessities, with nearly 90 percent of the country’s population living below the poverty line. This reality translates into more than 5.6 million Venezuelans leaving their homes or about 1 in 7 Venezuelans, with more than 4.6 million seeking refuge mainly in Colombia and across the region in countries such as Chile, Ecuador or Peru. 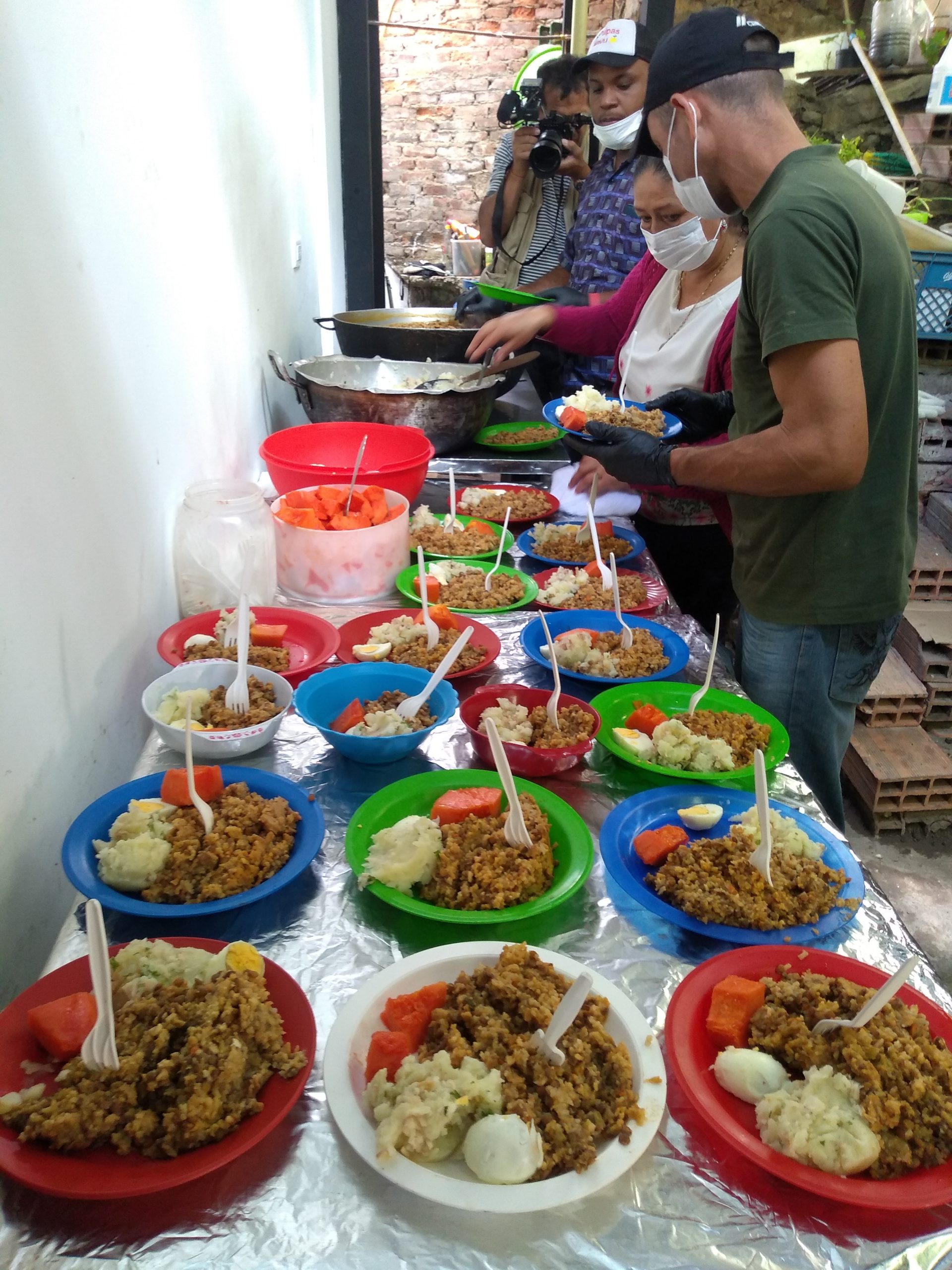 By all accounts, Colombia has borne the brunt of the exodus. It’s estimated that about 1.8 million Venezuelans live in Colombia with thousands more continuing to cross the border between the two nations every day. In response to the crisis, the Rotary e-Club of Houston and Rise Against Hunger formed a partnership, and together with locally led organizations, initiated the Hope for Venezuelan Refugees project.

The goal of the project is to alleviate the short-term hunger of Venezuelan refugees, migrants and walkers (caminantes) that are walking away from the border, forging ahead seeking safety and a better life for themselves and their families. The project serves the thousands of caminantes that have made the decision to walk the approximate 560 kilometers (348 miles) from the border city of Cúcuta to the Colombian capital city of Bogotá, or continue their journey to the other countries of the region.

Since its inception in 2019, the project has made its priority to ensure that food distribution centers or volunteer-led shelters on the Cúcuta-Pamplona-Bogotá humanitarian route have the necessary resources to give a hot meal to any refugee seeking aid on their journey. Throughout the lifecycle of the project, more than 578,000 Venezuelans had a guaranteed meal as they reached the locations sponsored by Rise Against Hunger. 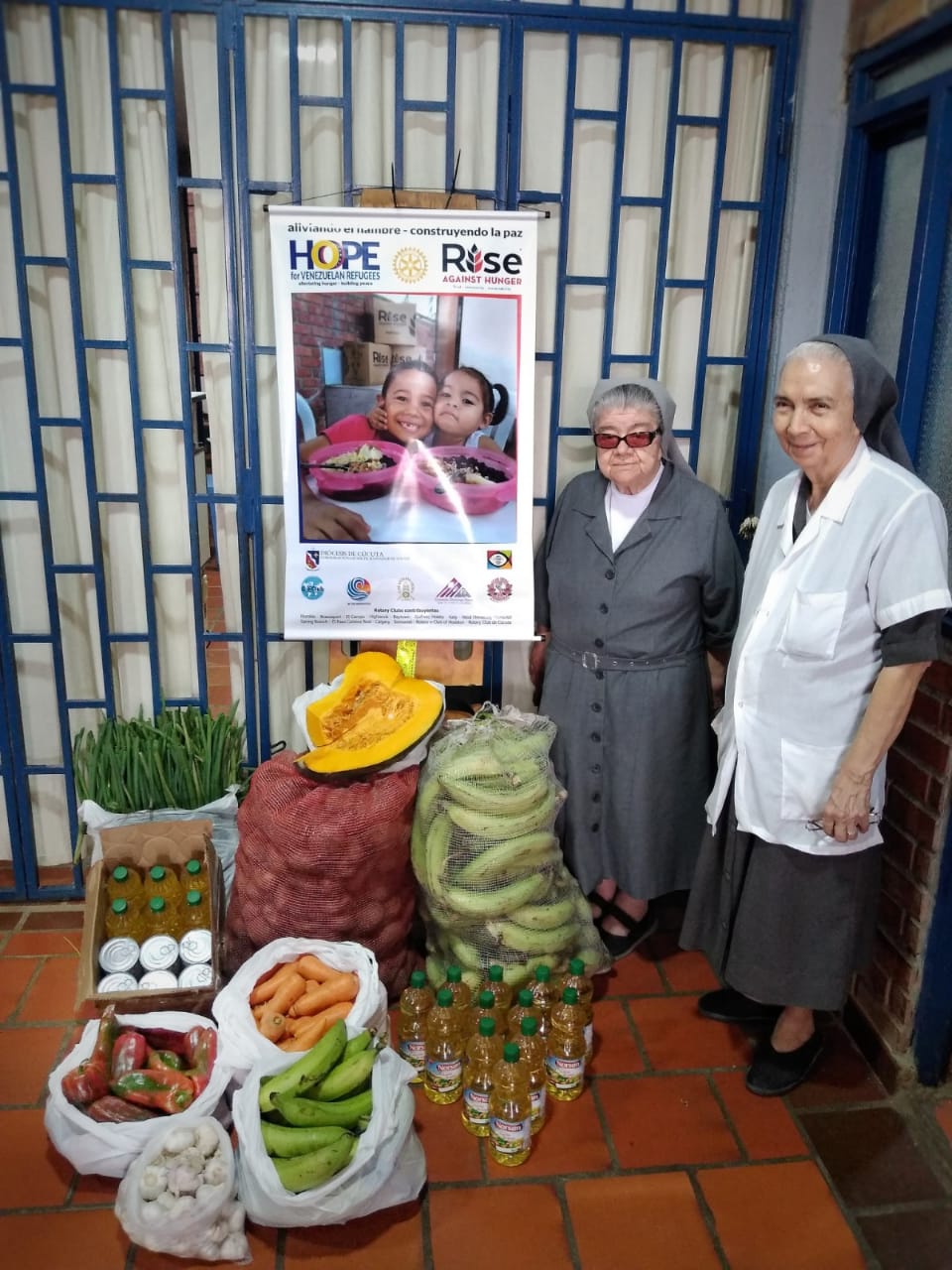 Together with the Rotary e-Club of Houston, the Rotary Club of Cúcuta 1, and the volunteer-led shelters, we’ve distributed more than 647,000 Rise Against Hunger meals along with nearly 93,000 lbs. of locally procured food. When the COVID-19 pandemic emerged in Colombia, we expanded our response to include personal protection equipment (PPE) for the shelter staff, portable handwashing stations to be used by the Venezuelan refugees, face masks for distribution to staff and refugees, and distributed cleaning and disinfectant supplies to all locations to help fight the spread of the virus. 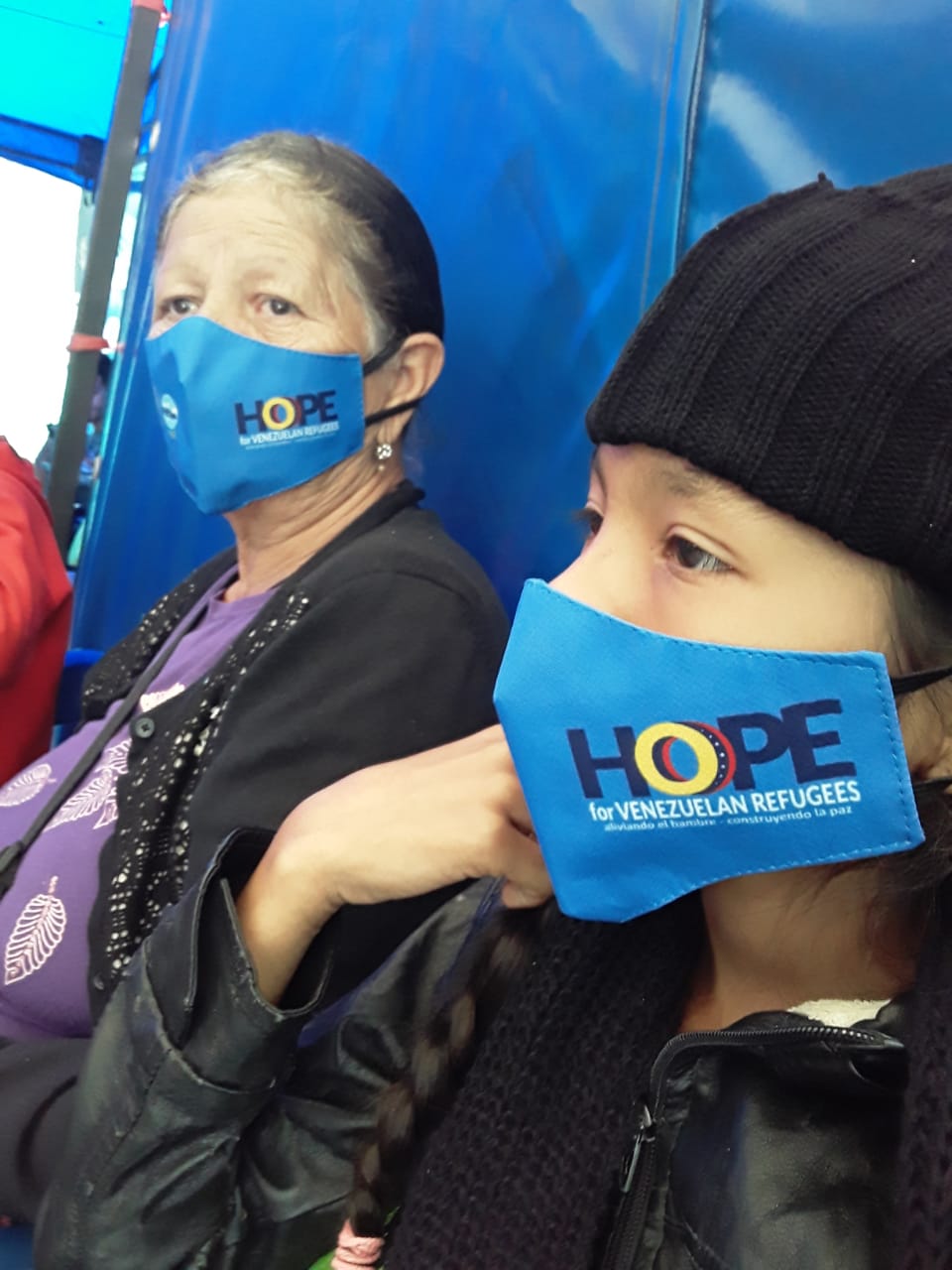 The mass movement of Venezuelan ebbs and flows, but the goodwill shown to the Venezuelans on the move remains constant. For many of the people who have fled, being offered a hot meal is an act of compassion and hope of a better future awaiting them. For many Colombians, the opportunity to extend a helping hand is an act of humanity. 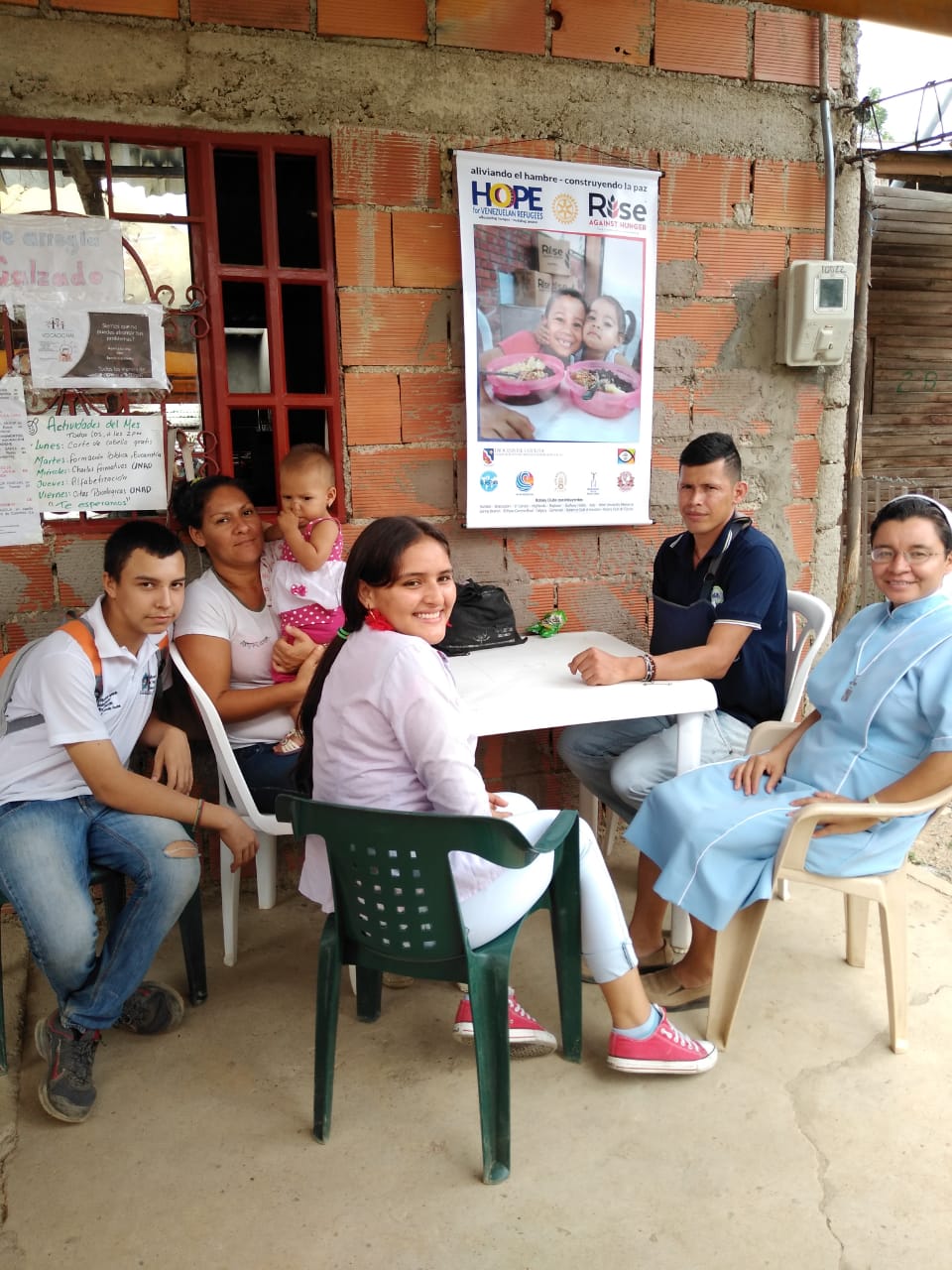 Crisis response was one of the main drivers for Ray Buchanan, Rise Against Hunger’s founder, to establish the organization in 1998. Providing critical assistance to children and families in times of unimaginable challenges continues to be a top priority, and we are so grateful for this partnership that enables us to reach Venezuelan refugees in moments of great need. On World Refugee Day, donate now to ensure we are able to continue these urgent efforts across the globe in the weeks and months to come.