Rise Against Hunger partner Wilton Interfaith Action Committee recently reached the exciting milestone of 1 million meals packaged. Wilton Interfaith Action Committee is a consortium of the congregants of 12 Wilton faith communities, Christian, Hindu, Jewish and Muslim, which have joined together around common missions. To celebrate their achievement of 1 million meals packaged, they received a Rise Against Hunger gong, serving as a symbol of their hard work and commitment to creating a world free of hunger.

Two individuals who stood out as true Hunger Champions were Sergeant Anna Rita Tornello and Commissioner Don Sauvigne of the Wilton Police Department due to their continued support of Wilton Interfaith Action Committee’s mission. 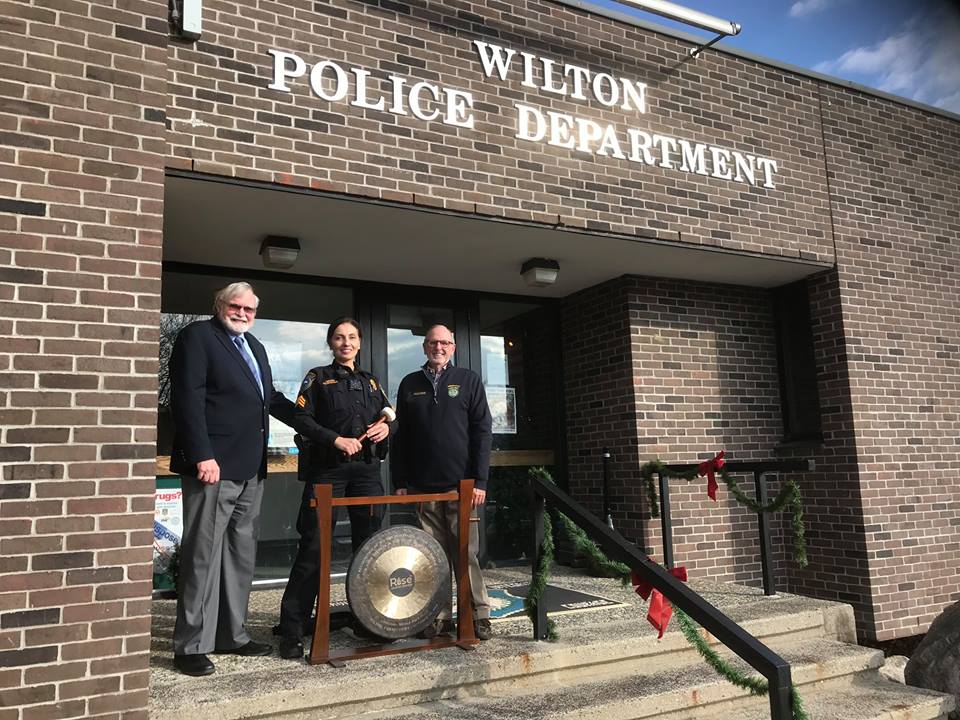 Also acknowledging the service of Commissioner Sauvigne the letter adds, “With respect to Wilton Interfaith Action Committee’s refugee resettlement work, Commissioner Sauvigne has had a very important role from the outset in helping our family with a warm welcome on their first day in Wilton and regular driving of the five children to a variety of events while their widowed mother has been at work in the almost three years since then.”

Everyday heroes like Sgt. Tornello and Commissioner Sauvigne inspire us to continue to grow the movement and press on toward a hunger-free tomorrow. For more on how you can get involved, visit our Get Involved page or donate today!