With back-to-school season here, many of us don’t really think about how important school is. For some children around the globe, school is more than a place to learn.

Tra is a happy 5-year-old child living in Ba To, an impoverished, mountainous district in Vietnam. More than 70 percent of Ba To’s population depend on agri-forestry for their livelihoods. However, their incomes remain unstable and, as a result, food is scarce. Many households, including Tra’s, face challenges in paying school fees. On top of that, poorly built and undermaintained roads deter children from attending school.

Tra is one of 247 children that Ba Dinh kindergarten supports. 60 percent of the children belong to economically insecure households where malnutrition is high. Many parents work in the forests all day, which makes it difficult to meet their children’s’ developmental needs. 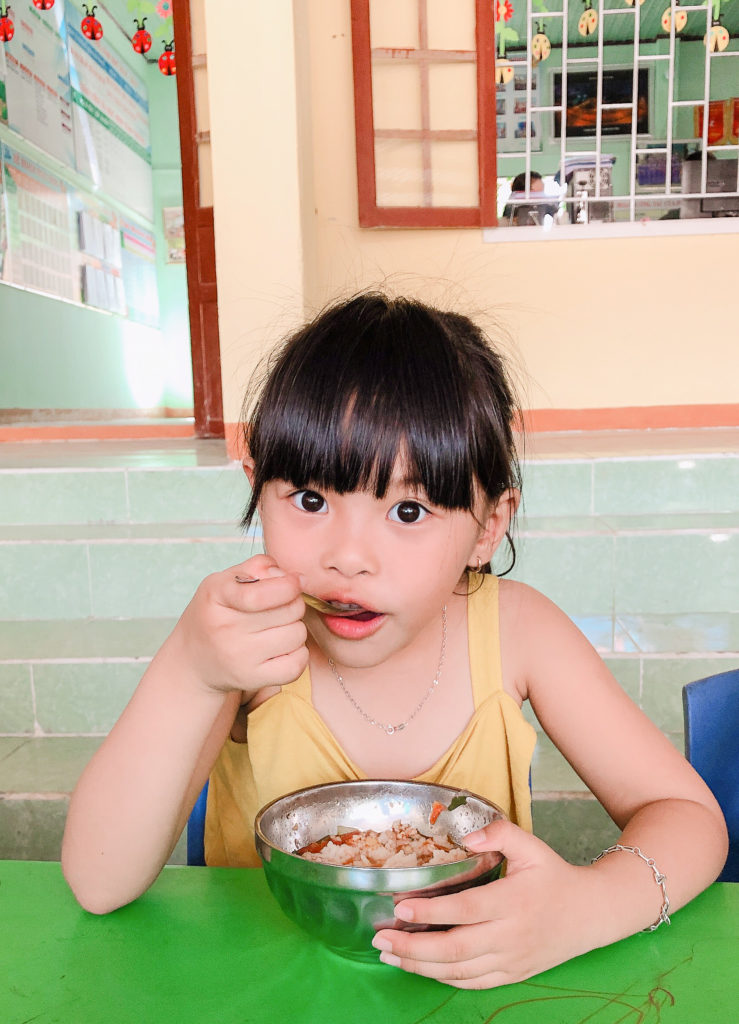 For Tra, Ba Dinh kindergarten is where she can see the friends she has made and receive a Rise Against Hunger meal distributed by partner Children of Vietnam. Tra says, “I like going to school because there I meet many friends and teachers. My parents go out for work all day. At school, there are three meals every day: two snacks and one main meal at lunch. My favorite meal is the soup and meat.”

Hien, the principal at Ba Dinh Kindergarten, has been teaching for 22 years and loves her job. She says, “The children here like going to school very much for the teachers, their friends and the assurance that there is enough food to eat. We mainly serve the children vegetables, rice and meat, but they are limited. So, we use the Rise Against Hunger meals to cook rice or soup for the children daily. Our students aren’t meeting the nutrition requirements required for development at home, so at least here, they receive proper nutrition and adequate minerals needed for physical development.” 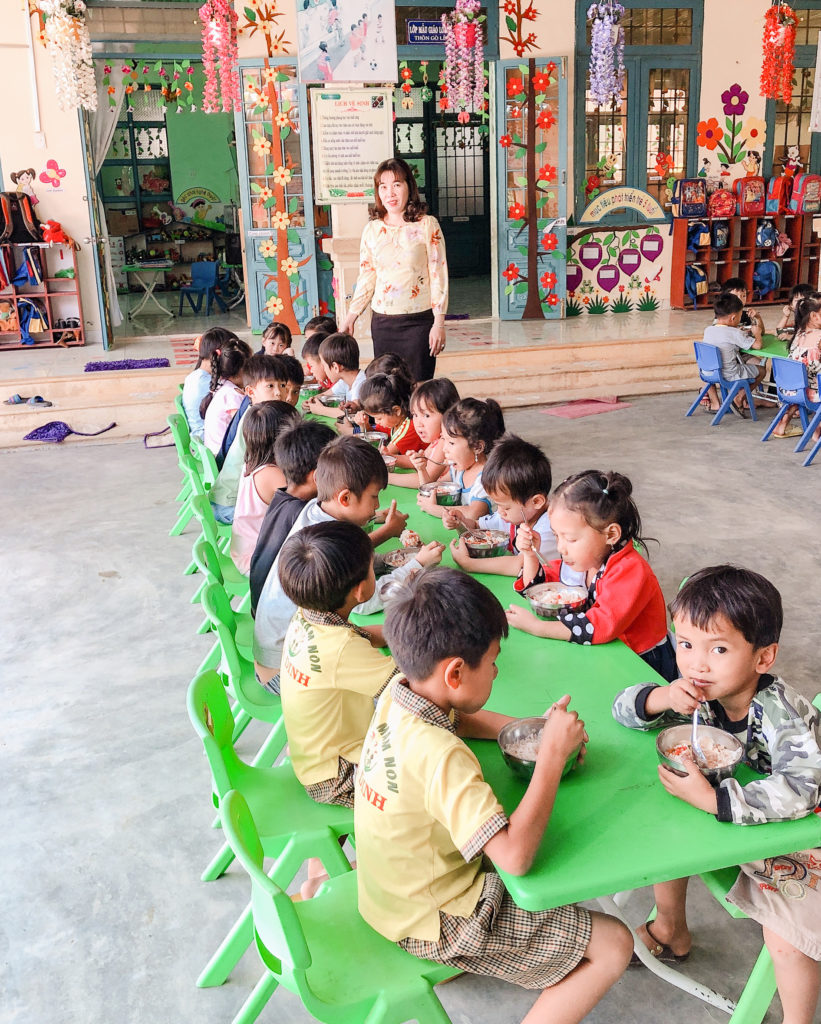 Tho is the director of Quang Ngai Fund for Children, which acts as a bridge between donors and vulnerable children, such as children suffering from heart diseases and those living in poverty in mountainous areas. He adds, “Residents living here have difficulties earning money. As a result, the children lack basic necessities, especially nutrition, from birth. Thanks to the two containers of fortified Rise Against Hunger meals distributed by Children of Vietnam every year, these children have enough food. The food also encourages the children to go to school regularly. The children like the fortified rice.”

To help children like Tra receive meals at school, donate today or sign up to host a meal packaging event!