Omene is a 30-year-old man living in Eastern Equatorial State, South Sudan. He is an agriculture staff member at Hope for South Sudan, a residential school and orphanage outside of Torit, a city in South Sudan. In the area, farming activity is low and the quality of the produce is poor. The community also previously didn’t have an opportunity to initiate farming on a scale large enough for the community to benefit. This caused the region to face famine every year. 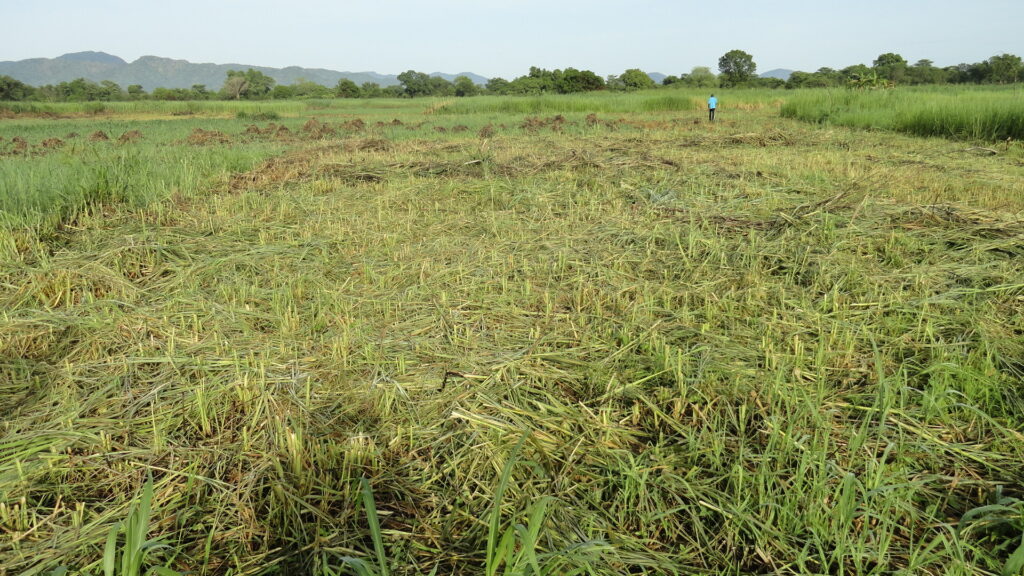 Omene and the other participants have received training on modern ways to plant seeds in lines. Using this new method has helped increase the community’s crop yields as well as the quality of the food. The increased yields have motivated more people in the community to adopt the modern planting methods and allowed the communities to reduce their reliance on food donations. Omene has seen this firsthand through his work with the project at Hope for South Sudan. He said, “My community has seen the progress happening at Hope for South Sudan.”

In addition to supporting Hope for South Sudan’s farming at his job, Omene has also implemented the agricultural practices he’s learned through the project in his farm at home. He has planted maize and other vegetables, such as eggplant, Sukuma wiki (collard greens) and spinach. Omene is also able to sell the vegetables at the local market to increase his income for his family. “The incentives help me to take care of the needs of my family,” Omene said. “For many years, my family has been struggling due to lack of income. I am [now] able to meet the basic needs of my family through my job at Hope for South Sudan. My family is guaranteed a meal every day, unlike before when they could eat only when I had money to buy food.” 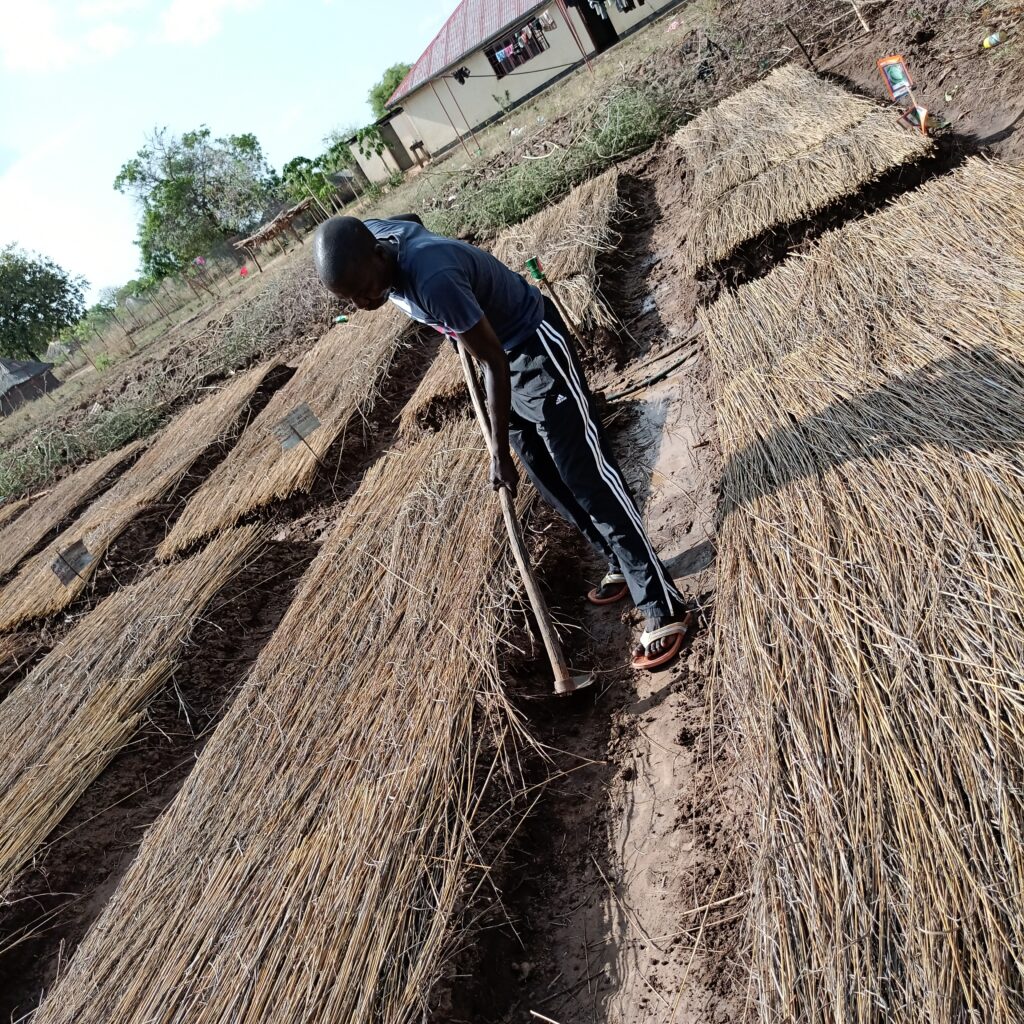 Omene considers producing vegetables for his family and being part of a team that produced 88 kilograms of leafy greens for the school in March 2021 to be his greatest accomplishments. These successes have now established him as a well-known member of his community. He shares, “I am a role model in my village; people come to see and learn from what I am doing in my small farm near the river.”

He is already sharing the skills he has learned with his brother and his family, and he intends to transform his village by teaching the new agricultural practices. “Everyone is eager to be involved in farming, unlike before. This project has changed people’s way of thinking.”

Rise Against Hunger implements Empowering Communities projects, like Empowering Leaders Through Nutrition-Smart Agriculture, that provide sustainable agriculture training and income-generating activities. These projects enable the participants, such as Omene, to increase their crop production and incomes, which then supports long-term food security and bolsters resilience — and you can donate now to support these projects and the communities served.

About the Author
Kelsey Reid is the Public Relations and Social Media Summer Intern for Rise Against Hunger. She is a student at the Ohio State University.
More Posts by Kelsey Reid