Along the Imatong Mountains in South Sudan’s Eastern Equatoria state, 46-year-old Night lives with her husband and two of their children.

Night now participates in Empowering Leaders Through Nutrition-Smart Agriculture, a joint project implemented by Rise Against Hunger and partner Lift Up the Vulnerable. The project focuses on increasing crop production and dietary diversity for Hope for South Sudan, a local school and orphanage near the city of Torit, and its surrounding community.

As part of the project, Night has received seeds from the school. She also received training on modern planting techniques and recommended spacing between plants. Since adopting the new farming methods and planting the higher-quality seeds, Night has seen an increase in her crop yields. She said, “There is happiness in the family because of enough food production and no food shortages.” 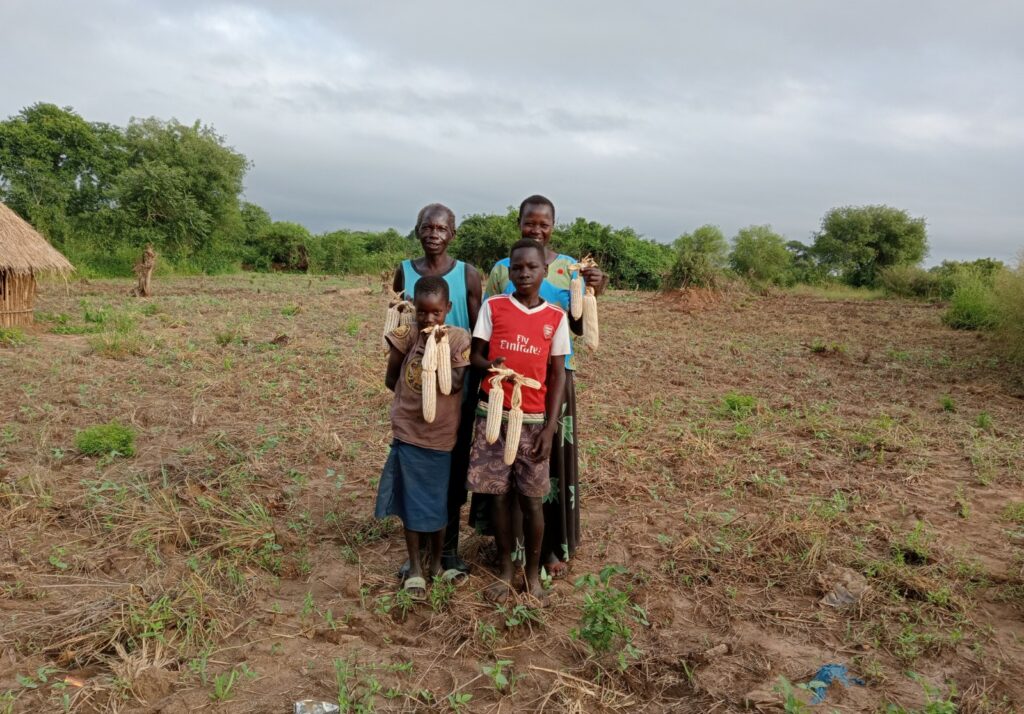 She is able to grow twice a year, producing enough food to feed her family as well as sell some to pay for the family’s other needs. Due to conflict in the country, they have three other children attending secondary school at refugee camps in Uganda, and Night and her husband are using some of the profits to pay for their school fees.

Night has also seen the project impact her community. She said they work and learn together, which has helped maximize the community’s workforce. The community’s agriculture planning and post-harvest control have improved.

As Night’s crop yields have improved, she has increased the size of her farm. She said “having enough food stored” for her family is one of her proudest accomplishments. In the future, she plans to further expand her farm to grow even more food to provide for her family and sell for profit.

Rise Against Hunger is committed to supporting Night’s goals — as well as the dreams and nourishment of the people we serve around the world — and you make this work possible. It starts with a gift. Donate today to help provide access to nutritious food and the promise of a better future to those affected by food insecurity.