Who says ending hunger can’t be fun? When Houston-based food blogger Abbas Dhanani (otherwise known as HoustonEatz) first packaged meals with Rise Against Hunger, it sparked an idea to host an event of his own — but not just any event! Incorporating his own unique brand of creativity and passion for food, Abbas engaged his friends, family and community members to package 25,000+ meals. Read more about his journey with Rise Against Hunger below. 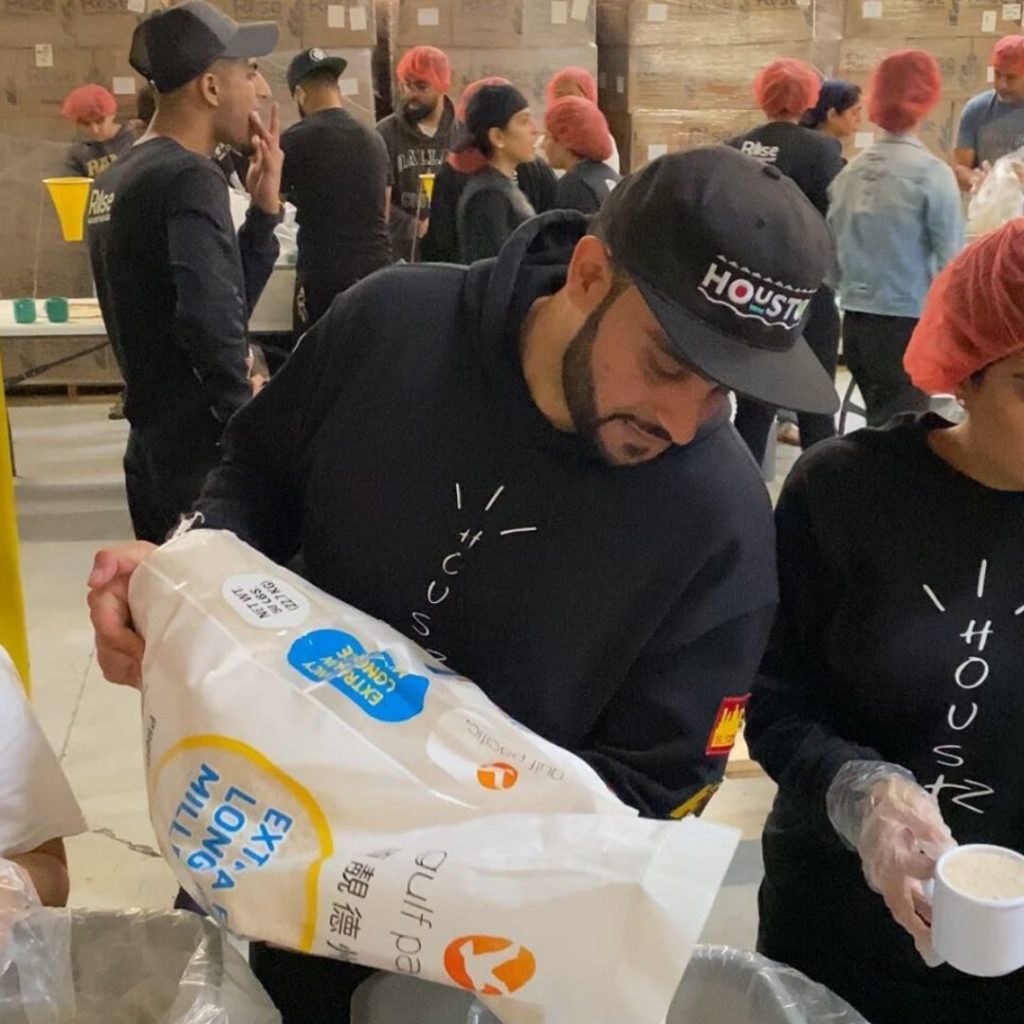 Q: How did you start HoustonEatz?
A: HoustonEatz started as a way for me to show my friends what I was eating, and where I was eating. I’ve always been really into food and exploring new restaurants. I started a blog which very quickly turned into an Instagram account, which for the first few years was just for my friends. Around 2017 it started to take off, restaurants started inviting me out and it took off from there.

Q: What is the coolest experience you’ve had since starting HoustonEatz?
A: I can’t pinpoint just one cool experience — overall, food is my passion, so being seen as the guy that people come to for food recommendations is such a big honor. For people to associate me with food, especially in a city like Houston where we have probably the best food the U.S. has to offer, is a huge honor. That’s really the coolest part. 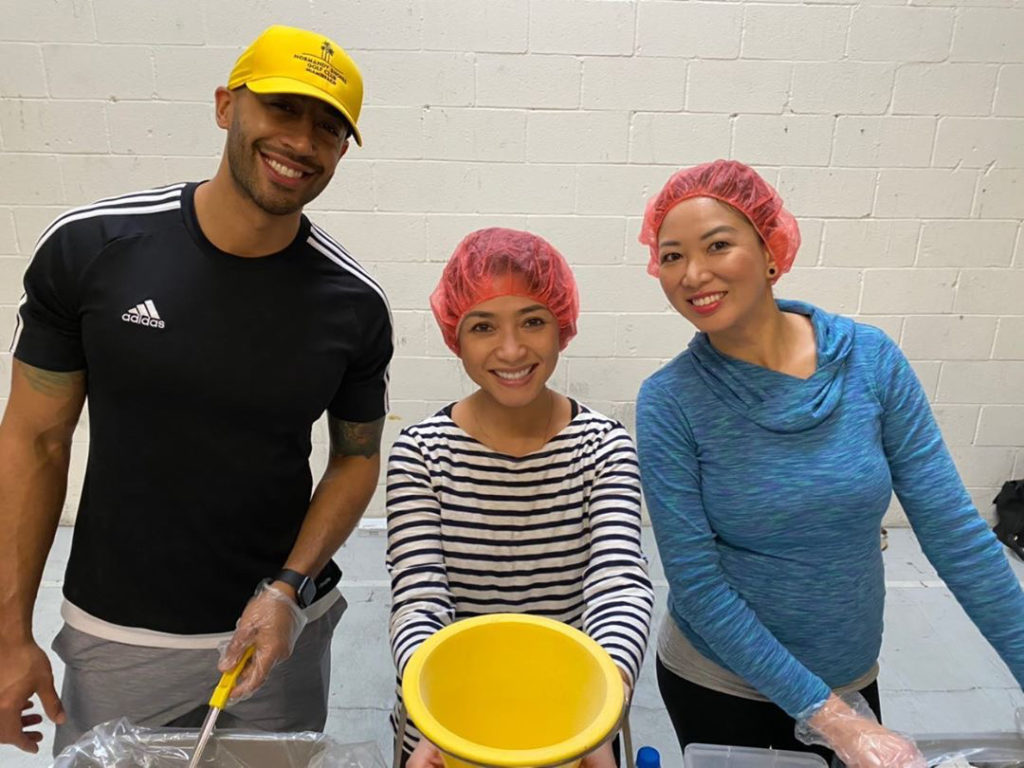 Q: What was the experience like scheduling the event and recruiting volunteers?
A: I wanted to pick a Sunday that wouldn’t conflict with football. So I thought, why not do it on the Sunday after the Super Bowl? The first thing I did was I made sure I had a team backing me — a few friends that I told, ‘Hey guys, I’m thinking about doing this and want to make sure I have your support.’ I’m blessed with a lot of great people around me. Right off the bat, anyone I told about the event said, ‘Yes, whatever you need, we’re on board.’ I messaged people close to me who I thought would be interested in doing this. Just like that, I gathered 50-60 volunteers. I didn’t want to stop there. I wanted to create an event that everyone could come to and make a difference. I posted on Facebook and on HoustonEatz. Before I posted on HoustonEatz, we were up to about 70 volunteers, and then before the day was even over, we were up to 120 volunteers. That was a month before the event. Around 105 volunteers showed up. We packaged 25,046 meals. 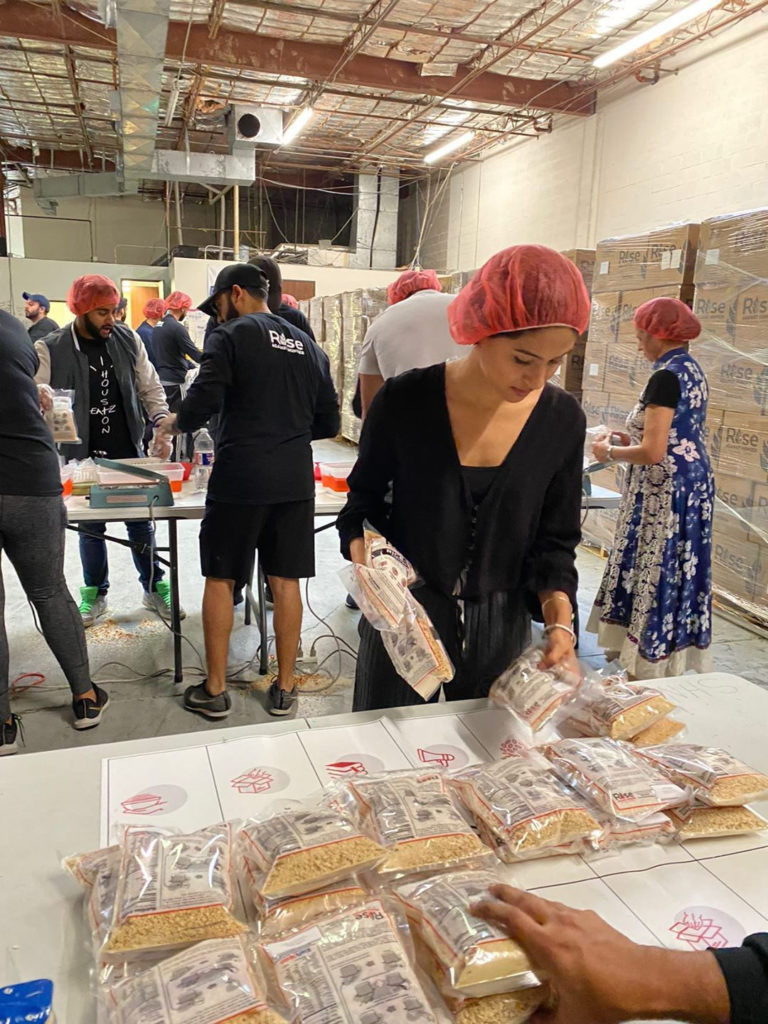 Q: What about the event t-shirts?
A: The HoustonEatz t-shirts were inspired by a rapper in Houston who has his own logo. I did a spinoff of that. I wanted it to be something that people would buy even if they weren’t coming to the event, because all of the proceeds that I made from the shirt went to the meal pack. A really good friend of mine helped me design it. I wanted people to buy it because they liked the design and would help raise money for this cause.

Q: What was the most exciting part of the event?
A: On the day of, I was actually pretty nervous. I hadn’t done anything like that before. One thing I have to say about Robby [Rise Against Hunger Houston Community Engagement Manager] and Rise Against Hunger overall — they just make it so easy to do this. As soon as the event started, to see how much people got into it and got competitive, as well as the all-around support, was the most exciting thing for me. 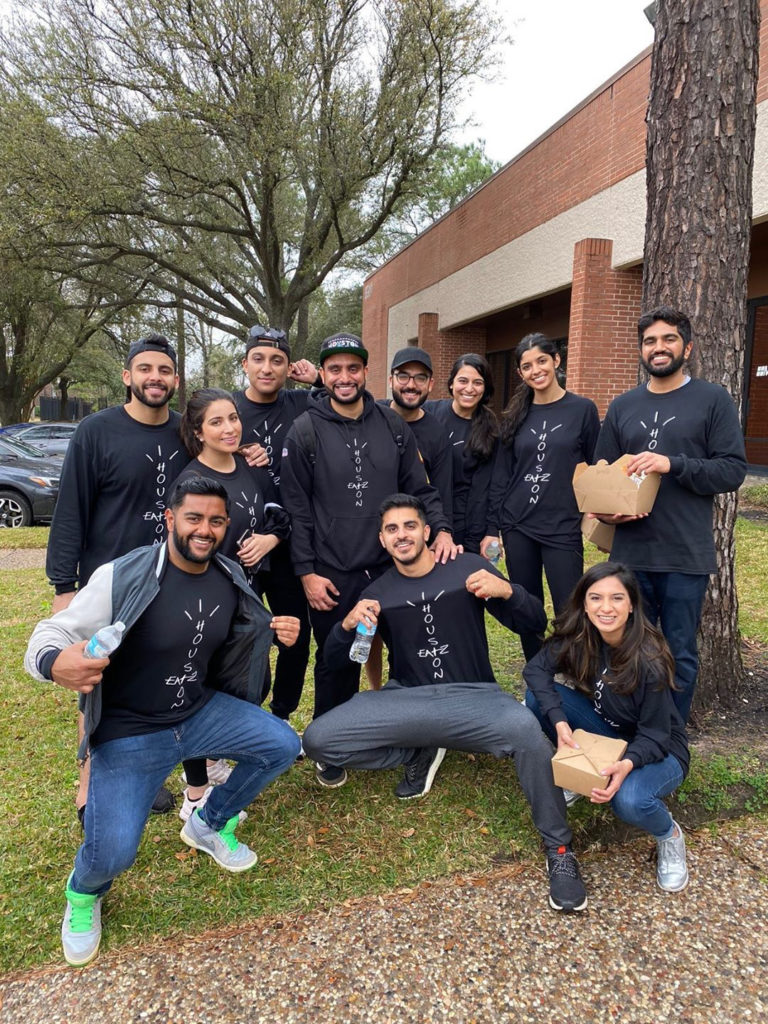 Q: What do you hope to accomplish in the future with your platform on Instagram?
A: I want to keep growing what I’m doing right now. I want to keep it as authentic as possible. As far as this event goes, since I’ve grown this platform to where it is now, I thought I could use it for good. Since Rise Against Hunger is food-related as well, it’s a great thing to do. The turnout was so good and everyone had such a great time that I’m thinking about using this platform to do this event every year.

We are so grateful to Abbas for helping to spread the word about our mission to end hunger. Ready to host your own event? Fill out our brief interest form to get started today!