Finaritra Ranks in the Top Three Students in Her Class

In the Analamanga region of central Madagascar, many households rely on variable incomes generated on a day-to-day basis. Finaritra, age 9, lives there in a village located outside of the capital city with her two siblings and parents.

Her father works part-time as a docker in the local market. Her mother used to also work, but when Finaritra’s brother developed health issues, her mother transitioned to caring for him around the clock. The loss of income has made it difficult for the family to fully support themselves, and Finaritra often only eats one meal a day at home. 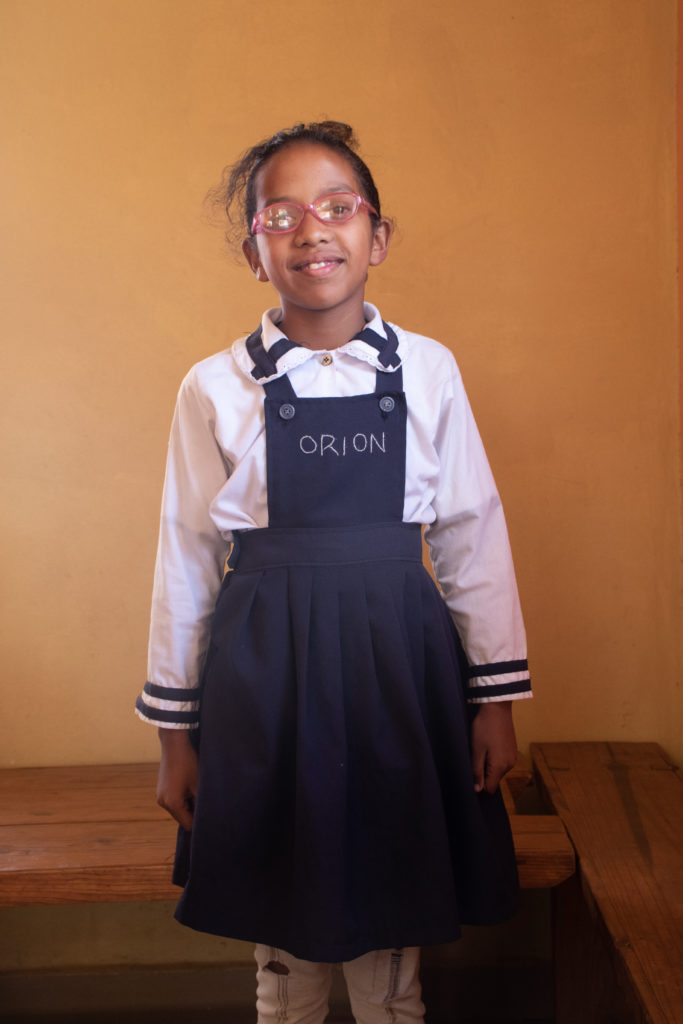 Finaritra has attended the area’s Orion School since 2012. The majority of the students there come from families with socio-economic difficulties. When she started preschool, she was underweight and malnourished and, therefore, began receiving Rise Against Hunger meals, distributed by our partner ADRA, during lunchtime. Finaritra has since become the tallest in her class. Also, while she used to struggle academically, she no longer feels hungry during school and now ranks in the top three of her class. She says, “Eating meals has changed my student life because it improved step by step my study during my three last grades.” 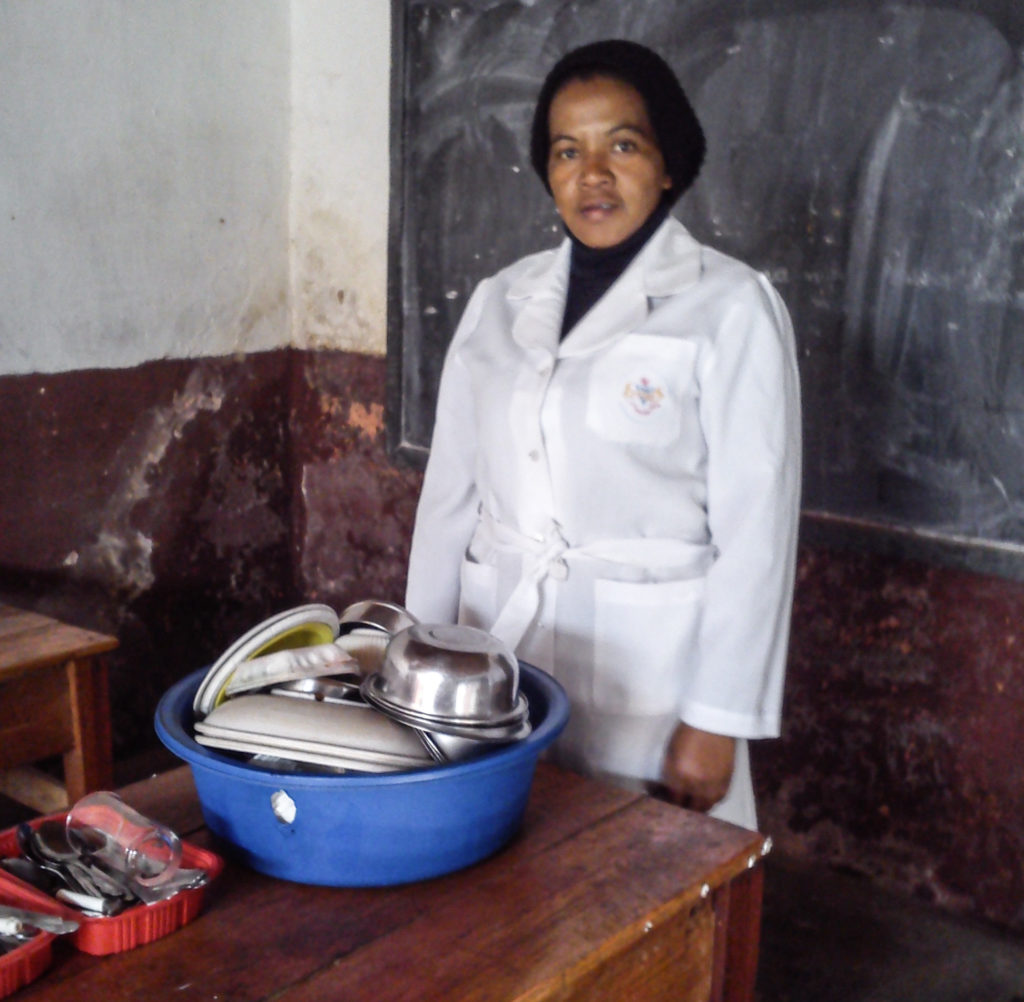 Justine has worked as the school’s canteen manager since 2009 and has noticed a difference in Finaritra, saying “I believe that this better performance is a direct result of the supplementary food she has been receiving at school.”

121 students benefited from attending Orion School during the 2018-2019 academic year. Andriatsiferana, the storekeeper agent, says there is a change in all of the students who receive meals. “The major change that has been observed has been related to the children’s behavior during classes, namely, that children are more focused during classes. It is obvious that the project is an additional source of motivation for each student to go to school.” 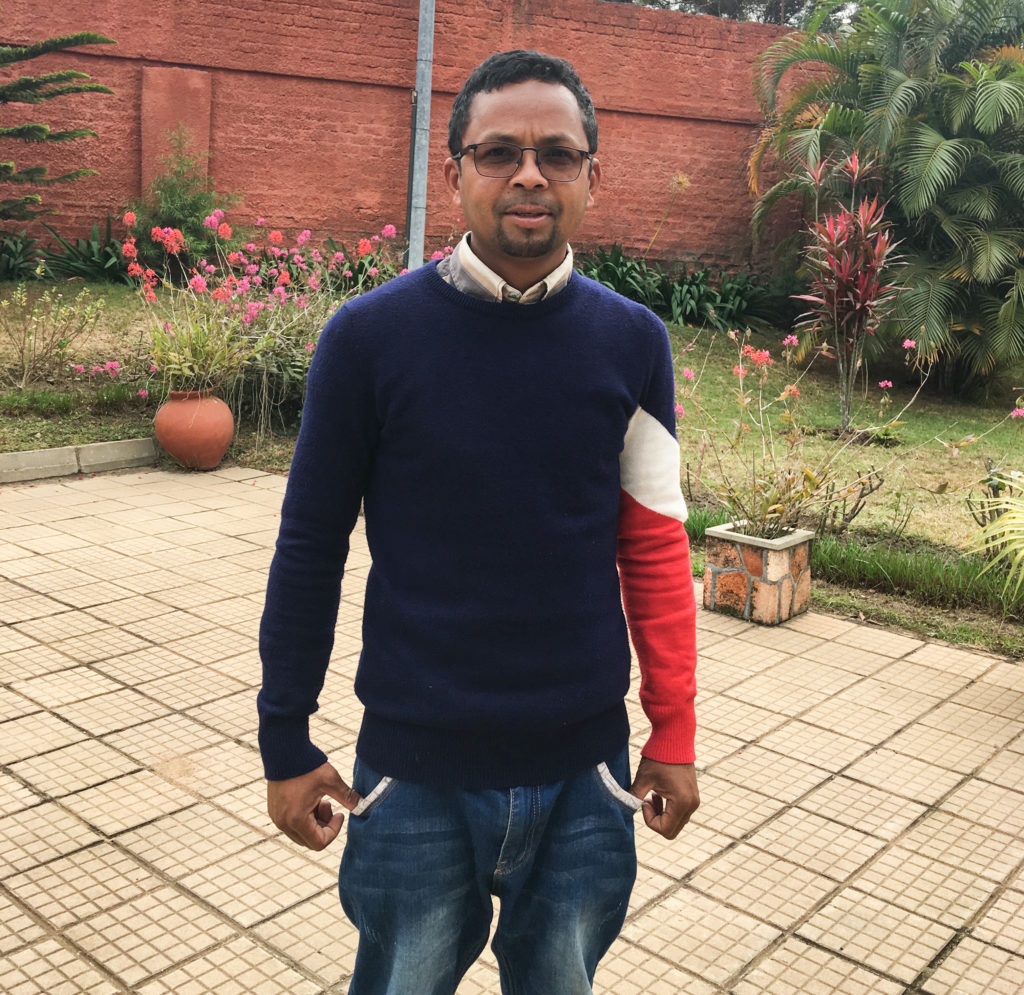 Finaritra loves her French and mathematics classes and wants to continue her education into secondary school. Justine also has a similar hope for all of the students at school. She adds, “My dearest wish is that students can continue their studies after primary school and continue until they gain their bachelor’s degree and one day come back here as teachers to become our successors.”

To help children like Finaritra receive meals through school feeding programs, donate today! Donating the cost of just one lunch out can feed a child in need for an entire month.