October is a big month for BD (Becton, Dickinson and Company), a longtime partner of Rise Against Hunger. In addition to being the company’s 125th anniversary, this month also marks the 50th anniversary of BD Technologies and Innovation (BDTI) at Research Triangle Park (RTP) in North Carolina. To celebrate BDTI at RTP’s 50th year, BD wanted to give back in a big way — by packaging 50,000 meals with Rise Against Hunger! “What better way to celebrate our anniversary than to pack 50,000 meals for 50 years,” said John Mikszta, Vice President, R&D at BDTI at RTP.

BD has joined us on the mission to end hunger since 2013. In less than 10 years, BD has supported our work in several ways, including engaging their employees in offices across the country to package over 1 million meals for the people Rise Against Hunger serves. 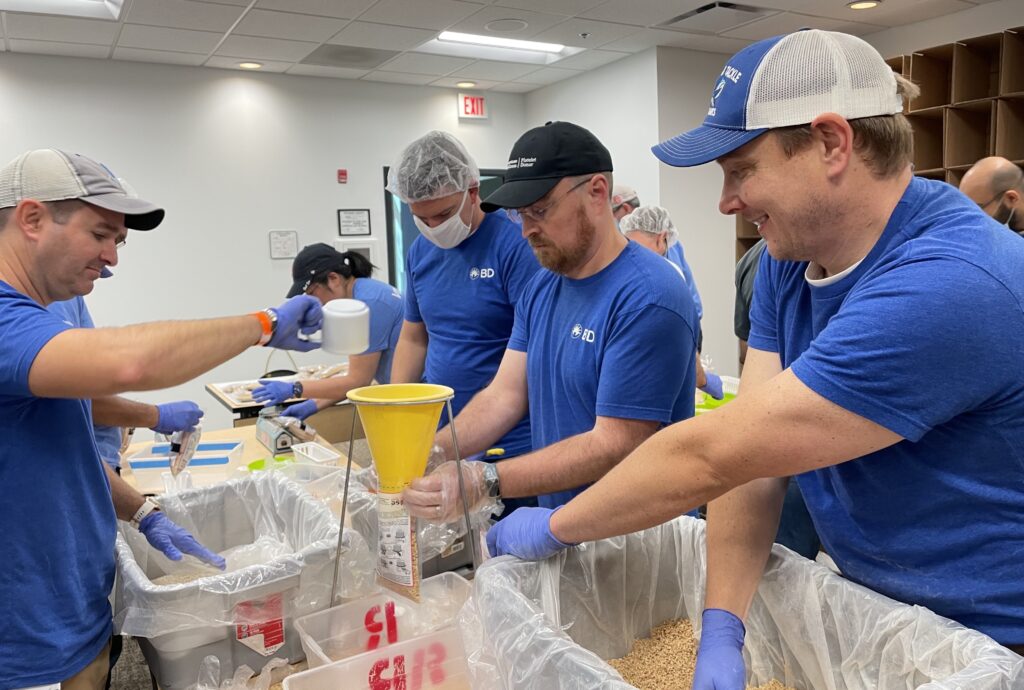 BDTI at RTP has significantly contributed to that larger milestone by packaging 20,000 meals almost every year since 2016. So, they decided to set a challenging, impactful goal of hosting a 50,000-meal packaging event to celebrate the office’s anniversary! On Friday, October 7, around 125 BD employees came together over the course of three shifts to take part in the packaging.

Betty Stewart, HR Manager, Enterprise R&D Centers, said the staff at BDTI at RTP “have a heart for volunteerism in our community, our nation and around the world,” and this was obvious at the event! Over the course of three shifts, employees packaged rice, soy, dehydrated vegetables and micronutrient packets into bags. The room was abuzz with conversation (and sometimes singing, like when “Sweet Caroline” played over the speakers) and excitement as the staff worked with their colleagues to package the meal ingredients into bags. Jamie Cone, Senior Engineer at BD, said her favorite part was “meeting new people in the building and catching up with people.” 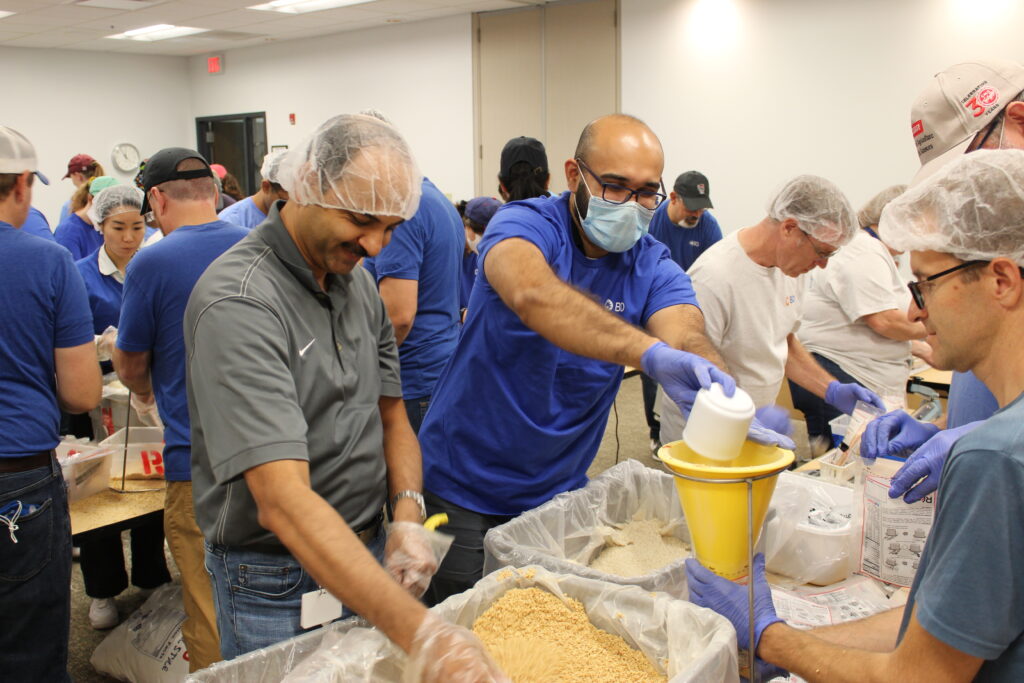 Jamie, along with several other staff members, also expressed that it was important to know they were helping people. According to Monica Council-Miles, Manager, Social Investing at BD, “service efforts with Rise Against Hunger are a great example of BD associates bringing to life our environmental, social and governance (ESG) commitment to improving Community Health, through local acts of volunteerism that have a global impact.” 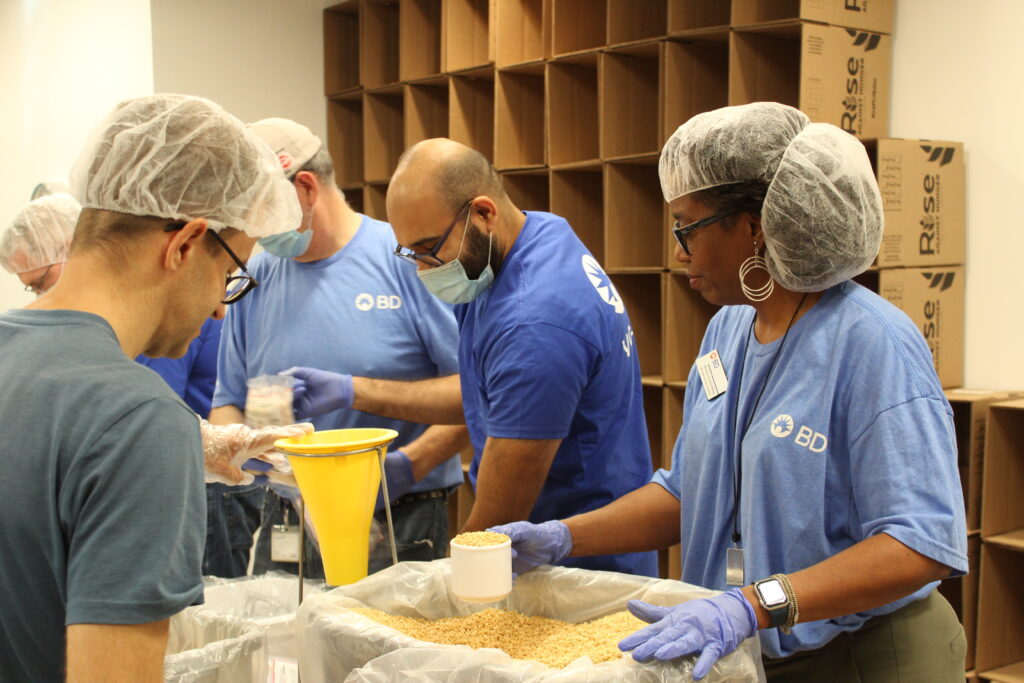 The 50,000 meals packaged by BDTI at RTP will go on to have a big impact, nourishing children and families affected by food insecurity around the world. And the meal packaging event was just one of BD’s commitments to giving back and volunteerism this October! In addition to packaging 50,000 meals, BD also sponsored the Chef Showdown, our virtual cooking competition in honor of World Food Day. We’re so grateful for their support in the fight to end global hunger!

Want to learn more about our meal packaging program? You can find out how to host your own event  – like BD did — here!