Automotive Student in Cambodia Aspires to a Different Future

For Phirum, a 20-year-old automotive student at the Don Bosco Technical School in Sreyronong, his aspirations amount to a different future than most of his friends and family. Sreyronong, a community in the Trangkok District of Cambodia, is surrounded by rice fields and the majority of jobs in the area are agricultural. Most people in this area lack economic resources and limited transportation makes finding work very challenging.

Phirum grew up with limited access to resources, one being nutritious food, due to his family’s economic situation. As the oldest son in the family, Phirum spent most of his youth working to support his parents and younger siblings.

Since Phirum began attending the Don Bosco Technical School, he has received Rise Against Hunger meals and can focus more heavily on his studies. Phirum shares that before he started eating the meals, every meal was divided amongst his family and there was not much to go around. With the addition of Rise Against Hunger meals, he is able to add more variety and nutrition to his diet. 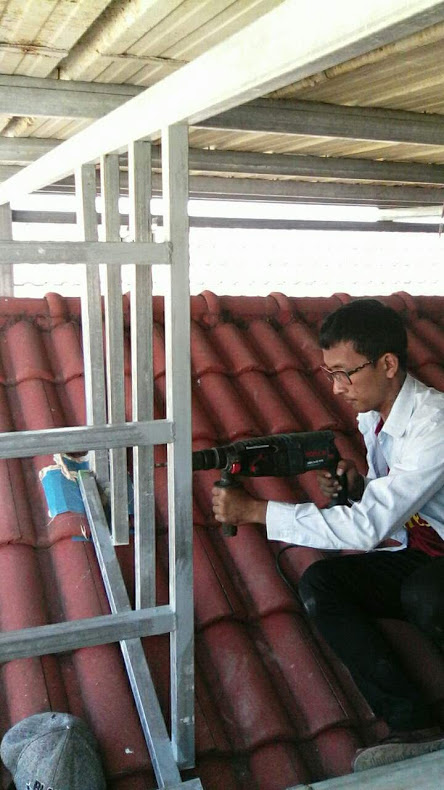 Phirum sees his peers and teachers at the Don Bosco School as a second family. He shares that his goal is to have a career in the automotive industry and to develop his skills in a job that gives him the opportunity to grow. Phirum says that with the help of Rise Against Hunger meals, he knows he will now have the energy to achieve this goal.

Mr. Gnim, the Assistant Headmaster at the Don Bosco School, shares that Phirum was very weak and malnourished when he started the school’s admission process. However, since Phirum’s acceptance into the program, he is doing well and always greets everyone with a warm smile.

Mr. Gnim shares that the Rise Against Hunger meals have not only positively impacted the students at the Don Bosco School, but also the rest of the community. Students are now able to put an emphasis on educational growth without having to worry when they will eat their next meal. Mr. Gnim hopes that the implementation of Rise Against Hunger meals will eventually empower students to become economically independent and find more work in Cambodia.

Fr. Eugene is the Director of the Don Bosco School and is in charge of the distribution of the Rise Against Hunger Meals. He shares that although logistics for the school feeding program are often difficult, the hot meals and nutritional value for the students are worth it. Fr. Eugene shares that his hope for Phirum would be to get a job that would support his family.

“It may just be a drop in the ocean, but we are proud to see so many young people getting good jobs and doing well in society,” said Fr. Eugene, “Rise Against Hunger has played a great role in the educational activity of Don Bosco Cambodia.”