Against the Odds, Irakoze, 18, is Poised for a Promising Career in Burundi

Imagine the faces of your family members. Think of the people you see each in your community, your city and throughout your state. Then, imagine if half of the people whose faces that came to mind struggled to find enough food to eat each day.

Burundi, a landlocked nation situated at the convergence of East and Central Africa, is consistently ranked among the three most impoverished countries in the world. As a result, half of the population is food insecure, and 56 percent of the country’s children show signs of stunted growth.

Irakoze, 18, lives in Muzaka, an impoverished district in Burundi’s largest city, Bujumbura. Irakoze faces many daily challenges, including securing safe drinking water and proper nutrition. Before receiving Rise Against Hunger meals distributed by partner Salesian Missions at his school, Irakoze only ate one meal a day, consisting of mostly beans, cassava and a few vegetables. Now, Irakoze is striving toward a promising career and a brighter future for his community.

Through our Nourishing Lives initiatives, Rise Against Hunger seeks to establish safety nets in at-risk regions like Irakoze’s, meeting immediate needs today and providing support for the journey out of hunger and poverty.

Irakoze says, “Since I began eating Rise Against Hunger meals, I’m very happy. I study and sleep well because I’m satisfied. I study in the morning and play sports after my meal. If I study well, I hope to become a doctor one day.” He shares, “I’d like to have a good life and help other people.”

Mbaga, the school’s principal, adds, “Before Rise Against Hunger meals, Irakoze had problems studying. He would have a hard time focusing in class and at times, fall asleep during lessons. With the meals, Irakoze became a good student and hopes to finish his studies.”

Education is Mbaga’s highest priority for his community. He says, “The Rise Against Hunger meals help me educate my students and improve the work of the employees at the school. The students are now happy, study well, smile a lot, play well in sports and regularly attend school. The staff are happy to be here. These meals are very much appreciated by everybody. We will never forget the meals.” 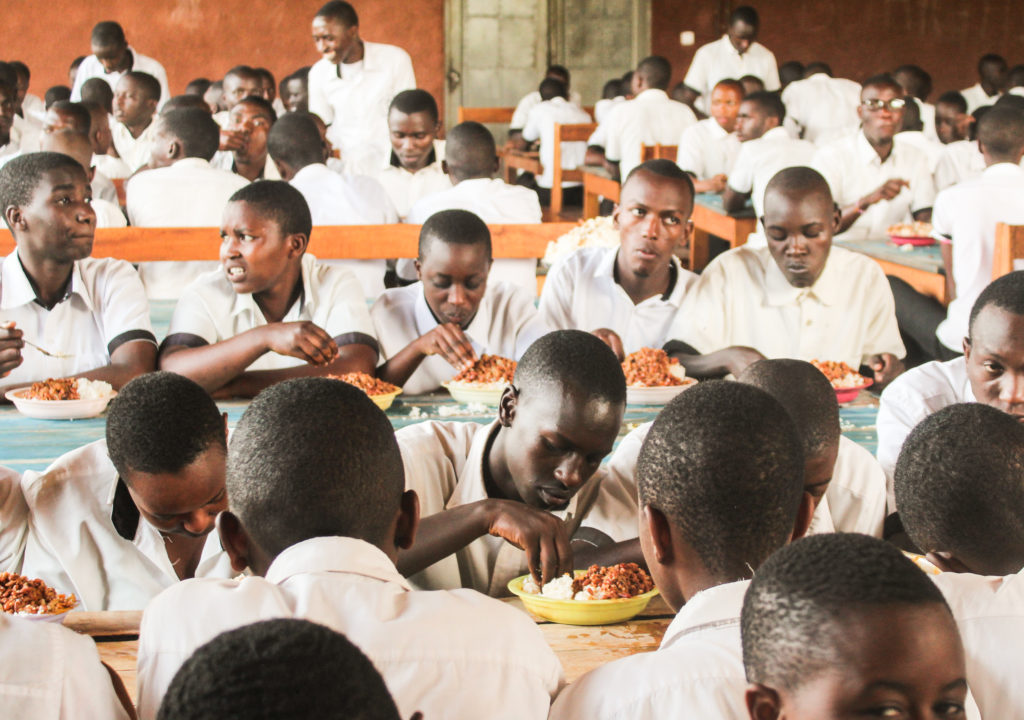 Nteturuye worked as a secretary for many years at Irakoze’s school before studying law and eventually becoming the vice principal and dean of studies. She is well-liked among the students, an organized leader and as a successful woman, an important role model for the other women in the community.

She observes the changes she’s seen in her community since the Rise Against Hunger meals arrived, “Everybody eats well and works better because we have good health. The students can follow their lessons better. The rice tastes good and is easy to cook.”

Please donate today to help Rise Against Hunger provide critical nutrition for students like Irakoze around the globe who are striving to change their futures, and the trajectories of their communities.