A Woman-Run Co-Op’s Impact on a Tanzanian Community

Have you heard about our virtual impact trip opportunity, Journey to Serve: Tanzania? In partnership with Global Volunteers, this immersive and interactive opportunity virtually transports you to Tanzania as you learn about the work Rise Against Hunger and Global Volunteers are doing to support children and families in the country through the Reaching Children’s Potential program.

For a limited time, individuals who participate in and complete Journey to Serve: Tanzania will receive a tote bag. But not just any tote bag! These tote bags are not only one of a kind and sustainably sourced, but they also provide participants with a hands-on connection to the Reaching Children’s Potential (RCP) program because they are created by women in the RCP co-ops! These all-female co-ops, four in total, have 36 members collectively with a variety of experience. They develop skills and earn an income by producing liquid soap, seafood sardines, baskets and more. 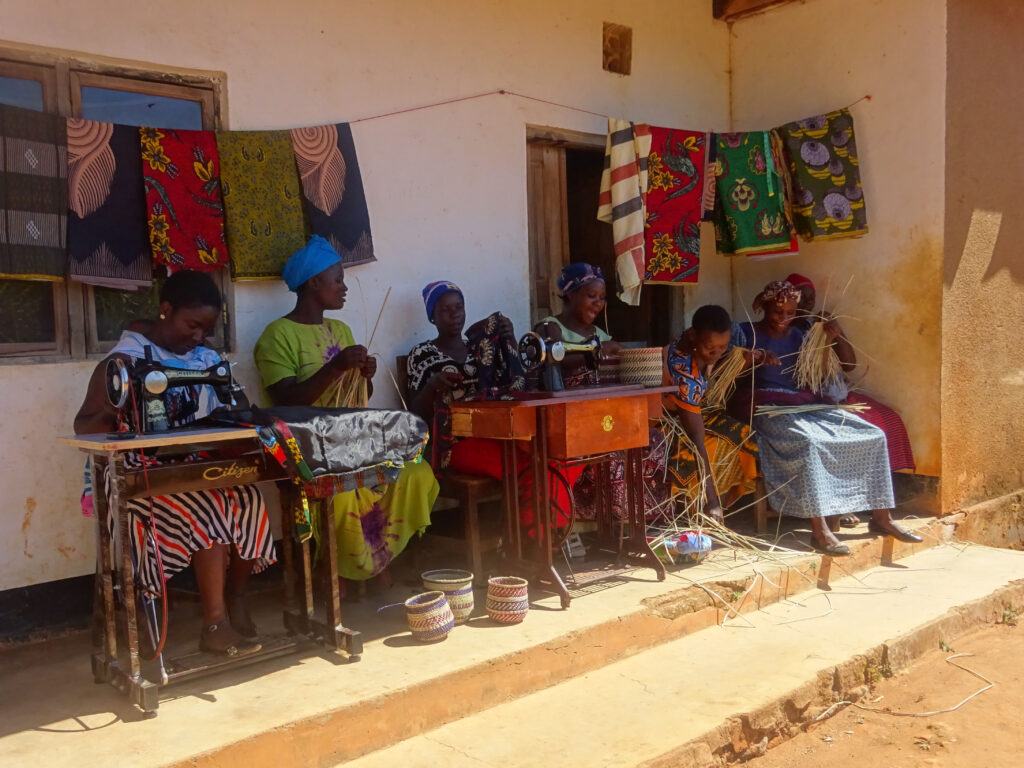 Theodora Kapinga, the Reaching Children’s Potential Co-op Coordinator, said, “Having the opportunity to make these tote bags was a good thing for our co-ops.” The tote bag order had an even greater ripple effect within the co-ops and local communities than expected, which Theodora and Drew Philbrook, Director of the Reaching Children’s Potential Program, recently shared with us.

The tote bags are truly one of a kind, and a lot of work went into making them. Over the summer, Rise Against Hunger began the conversation with Global Volunteers about the possibility of the co-ops making tote bags for the virtual impact trip participants. It was something the five tailors in the co-ops were interested in doing as it would enable the co-ops to make a profit during a time when income generation has been limited. However, they needed cloth and the co-ops only had a borrowed sewing machine, which limited how quickly they could complete the order. When Debra, a member of the Global Volunteers Board of Directors and Chair of the Reaching Children’s Potential subcommittee, heard about the tote bag order, she was inspired by the women’s commitment to this project. She then made a donation directly to the co-ops that enabled them to purchase materials, a new sewing machine and more.

Theodora shopped for materials, purchasing cloth and buying a sewing machine. This was a new project for the co-ops, so they developed many different styles. They consulted with a local shop owner who sold similar items, and she provided recommendations on slight changes and modifications to improve the tote bag prototype. After a few versions, they came up with the final prototype and were ready to begin making them in early September. 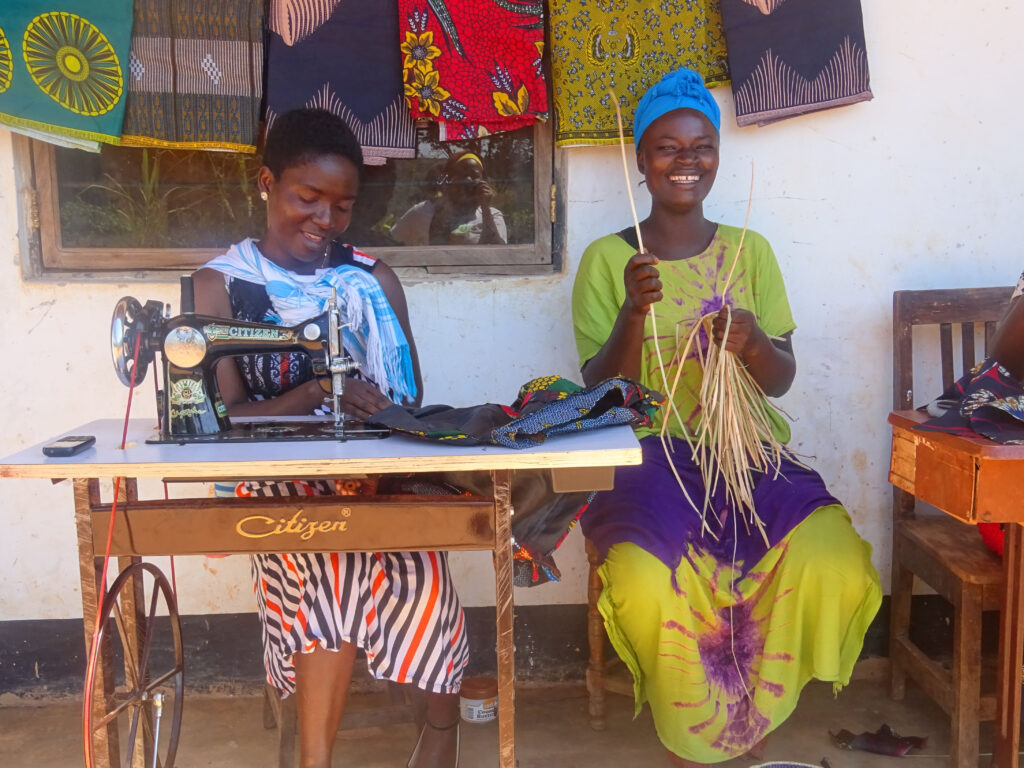 The co-op’s tailors began working on the order, but it was also the village’s planting season. The women were busy in the fields, making it challenging to have time to also make the tote bags. That’s when Theodora had an idea — they could hire others to work in the fields. Field workers were hired, which allowed the women in the co-op to more easily focus on the tote bags while also providing an employment opportunity and increasing incomes for others in the community.

By mid-September, the co-op’s five tailors were focused on making the tote bags, each making four or five each day. The newly purchased sewing machine, added to the borrowed machine and personal ones that a few of the women owned, meant that all of the women had a sewing machine to work on. Within two weeks, the 150 tote bags were finished! 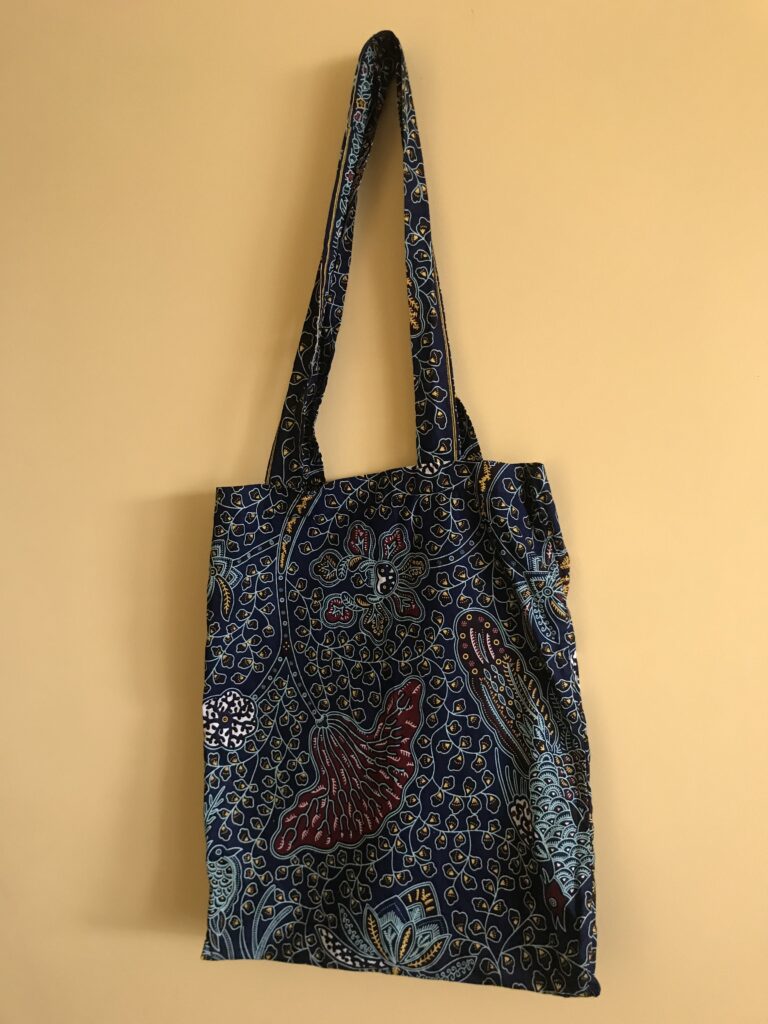 In addition to being a project that enabled the women to earn an income and try a new project, it has also opened doors for more projects that will benefit the co-op’s community. Local families currently have to buy school uniforms in town, which requires upfront cash payments that can be difficult to save up for in time for the start of the school year. The co-ops had wanted to make uniforms for a while and offer families the opportunity to pay in loans, which would help children be able to attend school even if they didn’t have the money for uniforms at the beginning of the year. While the women in the co-op were passionate about this project, they previously didn’t have the resources and skills. Working on the tote bags enabled the co-ops to develop their sewing skills, acquire a second sewing machine to more easily produce the clothes and get the necessary resources from the tote bag’s profits. The co-ops are now planning to begin making the school uniforms in December, finishing them by January when schools open.

So much thought and dedication went into making these tote bags, and it is inspiring to see the ripple effect the women have been able to have in their local economy and community. If you would like one of the tote bags made by the women in the Reaching Children’s Potential co-ops, be one of the first 150 participants to complete the Journey to Serve: Tanzania virtual experience.