Happy, Healthy & Hopeful: A Brighter Future Ahead for Jesse

“Our house is full of joy!” Filled with excitement, Anasa, mother of 5-year-old Jesse, celebrates as she witnesses the progress her daughter has made. Recovering from malnutrition, Jesse is now living a fulfilling life after receiving Rise Against Hunger meals through our partner ORPHANetwork. 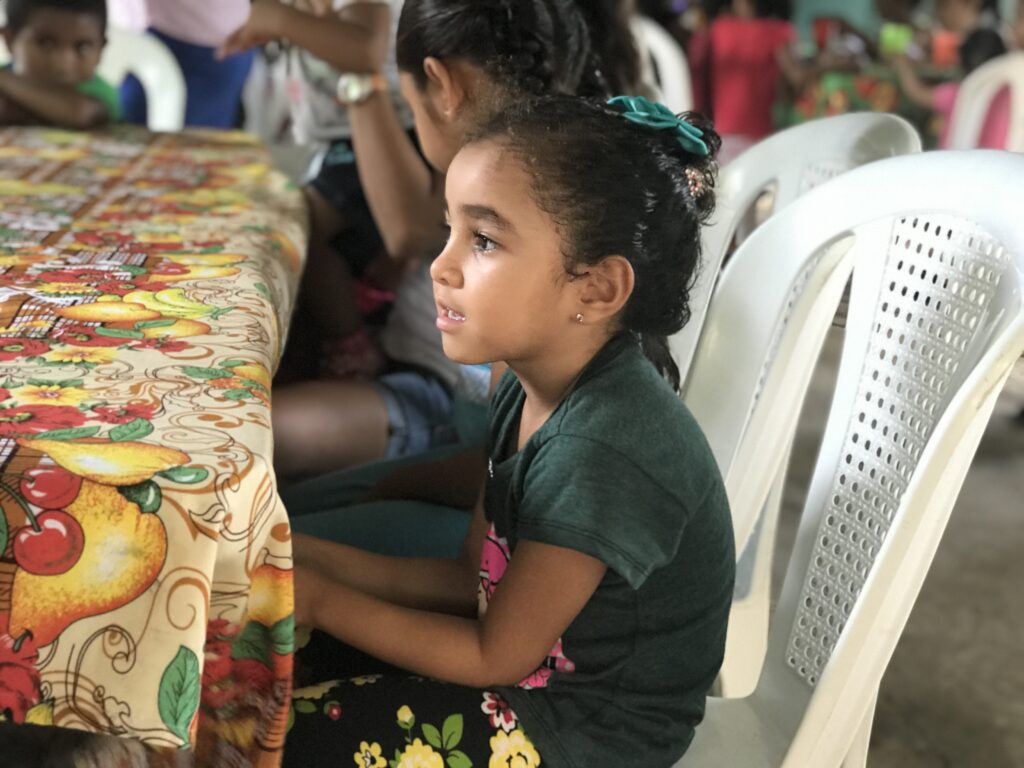 Living in a rural Nicaraguan community near Costa Rica, Jesse’s family faces economic and social challenges. In the community, houses are one-room structures built with local-sourced wood. There is no running water in Rio Mena, so Jesse and her family walk to the nearest rivers to wash their clothes and basic sanitary needs. Despite these challenges, three years ago, Anasa found a nearby feeding program implemented by ORPHANetwork.

Maykeling, a nurse, community development agent and Jesse’s teacher, commented, “Jesse is from a very poor, yet loving family. Her mom stays at home with the children, and her dad works hard as a farmer to provide what he can for the family. They receive the fortified Rise Against Hunger meals provided at the feeding program every day.”

She adds, “When I first met Jesse, she was very shy, timid and quiet, but I noticed she was smart and a quick learner. Short for her age, she was pale, chronically malnourished and anemic, so I worked with her and family to come up with strategies and interventions to improve her health.”

Three years later, Anasa rejoices, “Before, Jesse couldn’t even eat because she was so sick. Today, she is a beautiful, happy girl who is healthy and loves to play, crochet, sing and attend school.”

Maykeling adds, “My hope for her is that she grows up to be a professional and a role model for other poor kids in the community whose education levels are very low. Education is the key to breaking the cycle of poverty in this community.” 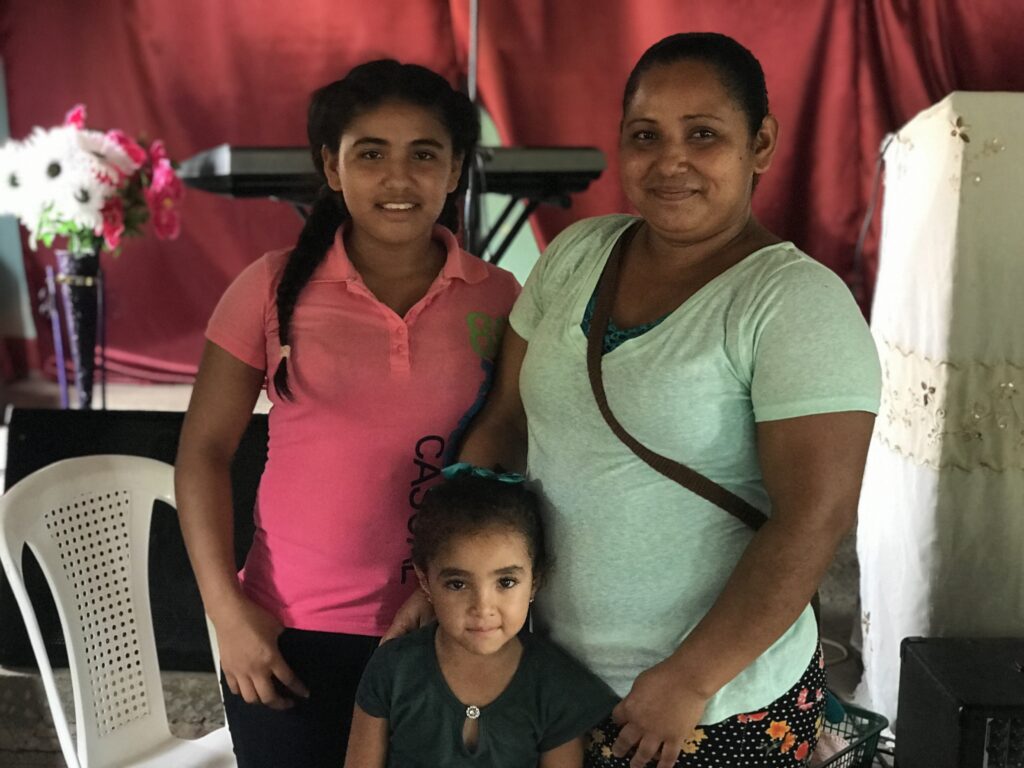 “The cooks receive a meal plan every two weeks from an ORPHANetwork nutritionist, combining local vegetables and other local foods with the Rise Against Hunger fortified rice blend to create amazing meals. My favorite part of this experience was seeing the smiles on the children’s faces. They were so happy to receive these meals,” he said.

Ted has also seen a transformation in Jesse’s energy and her development in school. Working with Jesse’s family, Ted is also hopeful for the future. 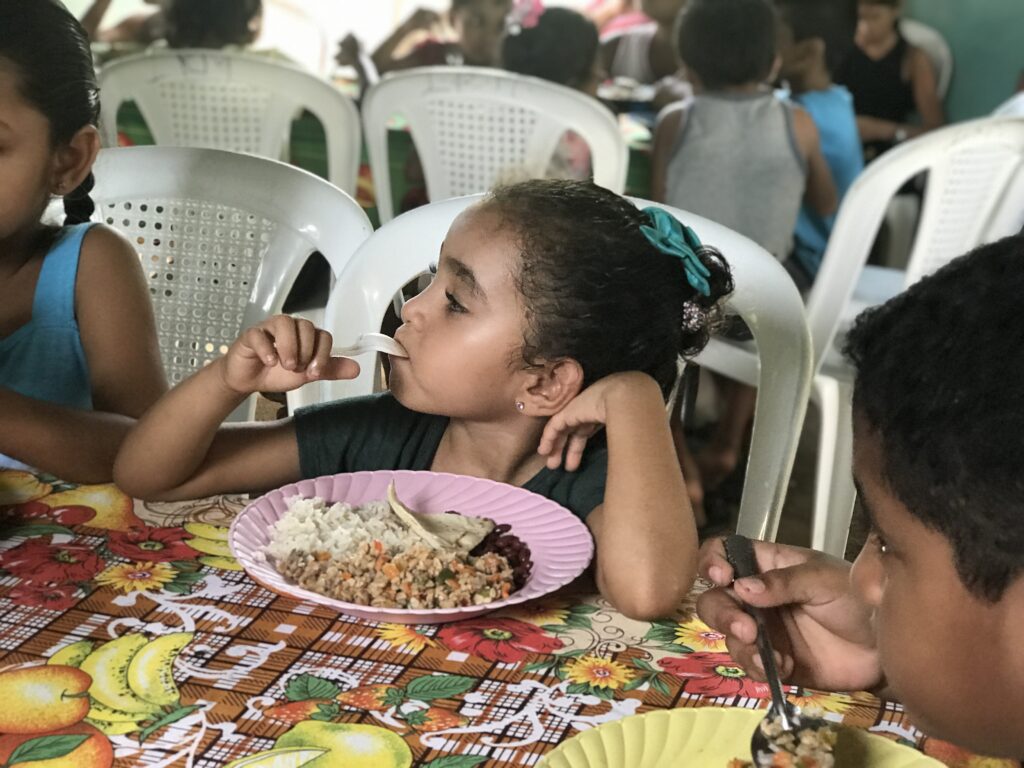 “Stories like Jesse’s remind me that it is not about feeding children, but about nourishing them. Because of the work Rise Against Hunger is doing, Jesse now has a bright future because she has the energy to walk to school, and her brain is developing again. Rise Against Hunger’s Nourishing Lives program is the foundation from which we are building a holistic center.”

Through the feeding program, volunteers, teachers and other leaders like Maykeling and Ted, have noticed much improvement in Jesse. With high hopes for the future, Jesse’s support system is excited to see what’s in store. To help other children like Jesse, please give now and take action today!